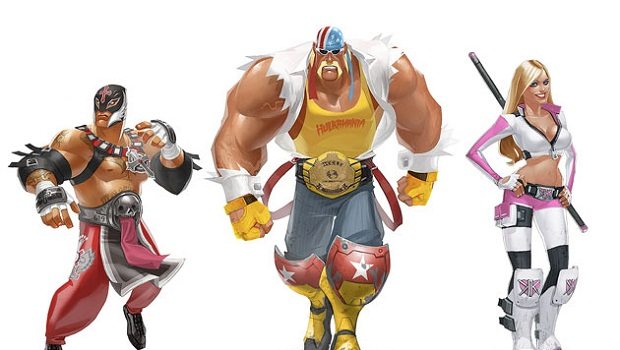 Concept art has now surfaced online for the WWE Brawl video game that THQ canceled before it could be made.

Artist Rich Lyons posted artwork that was for WWE Brawl. Characters that were supposed to be added in the game were Rey Mysterio, Hulk Hogan, Kelly Kelly, Stone Cold Steve Austin, Ted DiBiase, Big Show, John Cena and even Vince McMahon in a metal suit.

WWE Brawl was going to be a fighting game much like Super Smash Bros. or Street Fighter. Little was known about the game, but a trailer was released. Undertaker and Kane were other wrestlers that were expected to be playable in the game too. It was set to have a 2012 release on the PS3, Xbox 360 and Wii. However, it got canceled.

THQ had a vision to release two WWE video games annually. One was the normal game while the other was something else. They accomplished that in 2011 when they released WWE All Star and WWE ’12 in the same year. Obviously plans fell through and now 2K Sports owns the WWE license after THQ’s demise in 2013. 2K Sports will only be releasing one WWE game per year as WWE 2K15 is the only game out in 2014. They won’t be releasing other WWE games anytime soon.

It would have been interesting to see how WWE Brawl played like if it were to ever see the light of day.