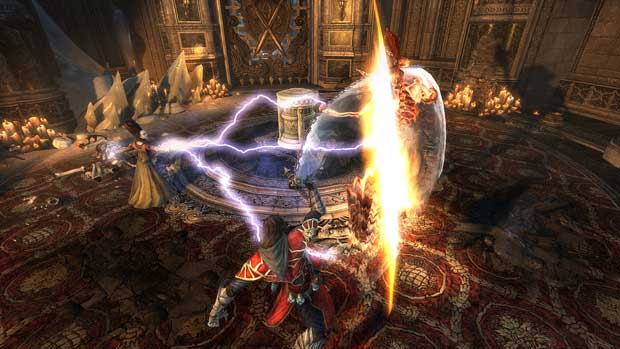 Konami announced today Castlevania: Lords of Shadow “Reverie” is now available on the PlayStation Store.  This first dlc pack returns to help Laura, former servant of Carmilla, to destroy the evil that was once kept in check by the slain Queen. Reverie will also be available on Xbox 360 but no date has been given for the Xbox 360 content.

Castlevania: Lords of Shadow is a single player Action-Adventure game developed as a reimagining of the classic Castlevania mythology.

An entirely modern action console game, Lords of Shadow combines fast-paced weapons and magic based combat against otherworldly enemies, with platforming and puzzle-solving gameplay, to create a fresh gameplay experience that will thrill both fans of the original game series and gamers more rooted in modern action games.