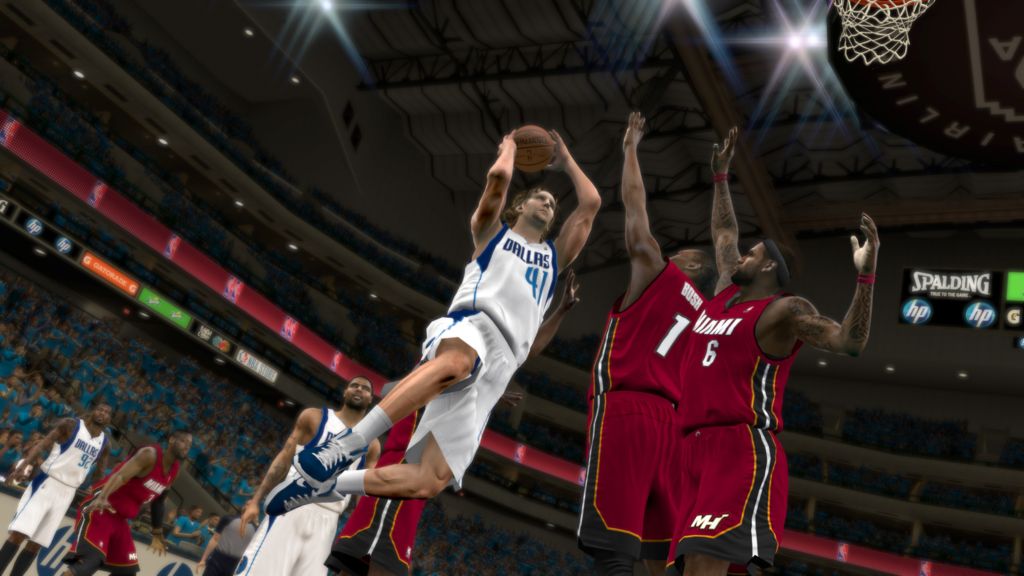 Sure, there may not even be an NBA season this Fall due to the impending lockout, but that won’t stop 2K Sports from trying to replicate the immense success they gained from NBA 2K11. Not only was it by far the most acclaimed sports game of last year, it was one of the best reviewed sports titles of all time, taking a total of 14 “game of the year” awards in the sports category. This year, 2K will allow you to pick your NBA 2K12 cover athlete from a choice of three NBA legends. Aside from Michael Jordan, you’ll also be able to have the likes of Laker great, Magic Johnson, and Celtic idol, Larry Bird grace the cover of your game. If you’re surprised to see MJ back in the spotlight, 2K Sports vice president of marketing Jason Argent had this to say:

“Bringing Michael Jordan to the virtual hardwood last year was a huge success for NBA 2K11, but we didn’t want to stop there. We’re bringing His Airness back to the NBA 2K franchise again as part of a three-year extended partnership, along with two other legendary icons – Larry Bird and Magic Johnson – for a special cover athlete collection representing some of the NBA’s greatest heroes.”

Not many details have been revealed in terms of new features that we can expect from 2K12. Considering MJ is involved, 2K is likely to bring back a mode similar to the well received “Jordan Challenge” from 2K11 that allowed players to follow ten of Jordan’s career accomplishments. NBA 2K12 will hit the hardwood this October 4th.