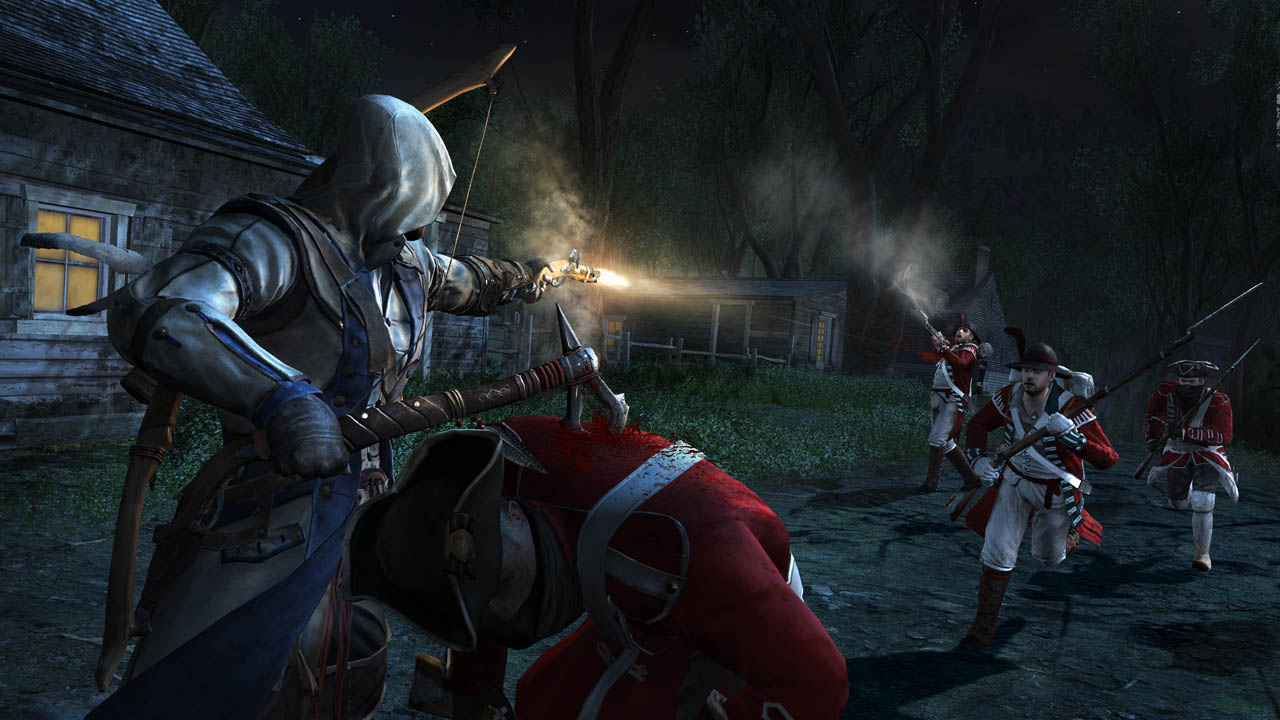 Ubisoft has revealed more information about Assassin’s Creed III through an all-new video and a series of screenshots.  These assets highlight the new hero’s background, including weapons he uses and the different environments he will be in throughout the game.