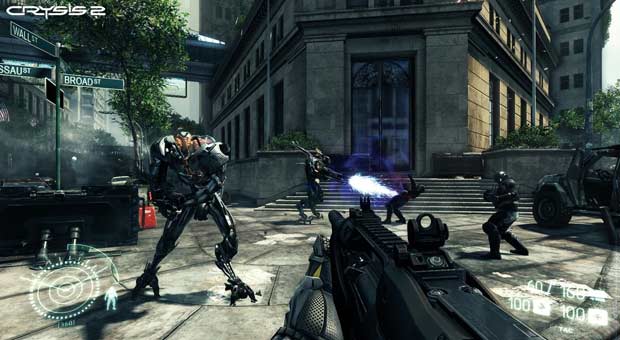 The Crysis 2 Demo is now available for download for on PSN.  PlayStation 3 users get a chance to test drive the nanosuit before Crysis 2 releases next week.  Weighing in at around 1.5GB it’ll take you a few minutes to download the demo, but I took it for a spin and everything appeared to be working properly out of the gate.

I can say that I didn’t see these huge graphics leap between the two consoles, PS3 & Xbox 360.  But, everything else is identical.

You can play on two map, Pier 17 & Skyline.  You can unlock multiple loadouts, and get a good feel for how the multiplayer is going to work out in Crysis 2 by playing two of the game modes included in the retail version of the game.   The full game is releasing next Tuesday for PS3, PC, and Xbox 360.