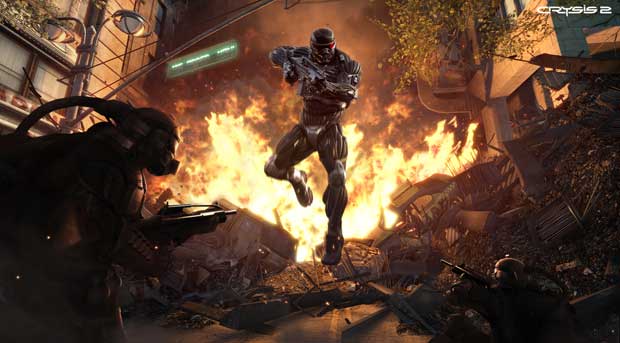 The Crysis 2 Experience is a set of videos that showcase the strengths of Crytek’s upcoming shooter, Crysis 2.  Sporadically released over the last few weeks we’ve compiled the series here for you to watch.  The Crysis 2 Experience starts off with early gameplay from the campaign in Episode 1. The gameplay shown is from the Xbox 360 version of the game.

Titled Road Rage, these are some of the early moments from the campaign, what can notice from the gameplay are the wealth of options that are available between the nanosuit abilities and the wide open levels, there are many ways that you can approach the single player objectives in Crysis 2 .

The Second Installment of the Crysis Experience shows gameplay on the PlayStation 3. At a little bit further along into the campaign when you have finally encountered the alien menance that are ravaging the city, Video 2 in the series kinda proves Cryteks point when comparing the two versions of the game.

The Last Crysis 2 Experience Video to be Released is titled Gatekeepers, and its single player gameplay from the PC version of the game. Just hearing the bullets richochet off of the nanosuit, I can’t wait to get in and play this come Tuesday. But again, this video shows that the options and different manners that combat can be approached.