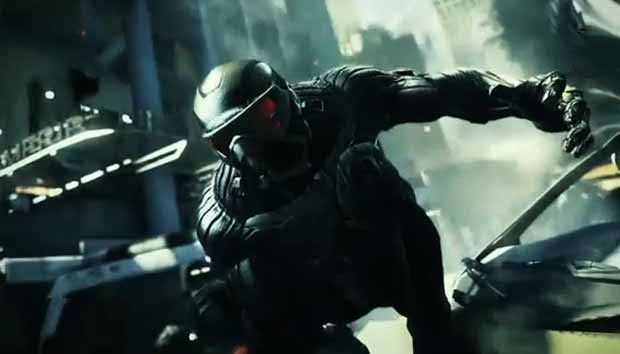 When Crysis 2 releases next month you will be in for a treat if you are a campaign aficianado.  The CEO of Crytek, Cevat Yerli, recently went on the record labeling the Crysis 2 campaign as “beefy”.  Though this “beefy” campaign doesn’t come without its sacrifices.  One thing that fans of the modern FPS aren’t going to find in Crysis 2, cooperative play. It is one thing that isn’t going to make it into the game and Yerli explained to computer and video games just why that is.

“No, we won’t be offering co-op. Our goal is to offer quite a beefy package and I think some people will be surprised at how big it is, but I don’t want to talk too much about it because I’d rather they wait and play.

“We’re not trying to dethrone anybody or make the next Call of Duty or Halo, we’re trying to make a Crysis that hits the gamer’s nerve and makes them think ‘this is the most intense shooter I’ve played’, ‘I’ve played as I wanted to since the Nanosuit allowed me to be what I wanted to be’ and ‘it tells an awesome story’.

“That’s what it’s about for me, and if we hit those nerves I believe there’s no reason why Crysis 2 can’t be the No.1 title, but its intent and purpose isn’t to dethrone Call of Duty.”

The previous releases in the Crysis series have relied heavily on this single player element of the game.  You are a lone solider armed to the teeth with the Nanosuit.  It doesn’t quite fit to make the game a cooperative experience if you ask me.