Is Crysis 2 the best looking FPS on Consoles..Ever?

The latest news in the world of video games at Attack of the Fanboy
March 19th, 2011 by William Schwartz 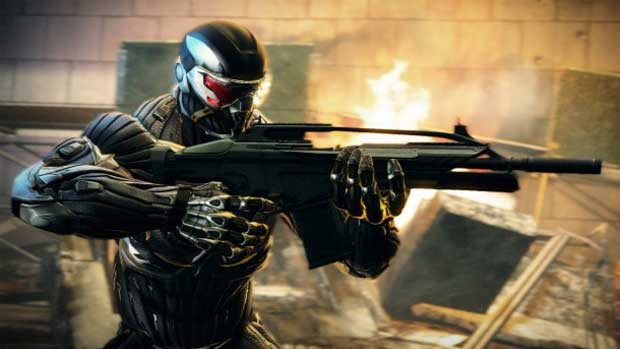 It looks like the Crysis 2 multiplayer videos have started to find their way to net with just days to go until launch.  With all of the negative press surrounding Crysis 2’s release you may find yourself stuck between PC fans crying about features from Crysis that weren’t included in the sequel, and PS3 fans crying about graphics.  From the looks of the video below, there’s going to be one place where Crysis 2 looks and plays amazing…Xbox 360.

But how does it stack up against other FPS’s of this generation?  You be the judge.  The video below was released on Youtube yesterday and is some of the most impressive footage of the game that has been released, unadultered by the EA marketing machine.  It by far looks better than anything that was seen in the demo.  More importantly, this is multiplayer.  And if multiplayer is looking this rock solid, you can expect single player to offer even more visual flair.  We’ll have to wait and see before we anoint anyone king of the hill here, but if you had your doubts about Crysis 2, the trailer below is the remedy.

Crytek has been in the press alot recently defending their work, and it looks like they have good reason. Crysis 2 releases this Tuesday for Xbox 360, PC, and PS3.

Thanks, Lens of Truth