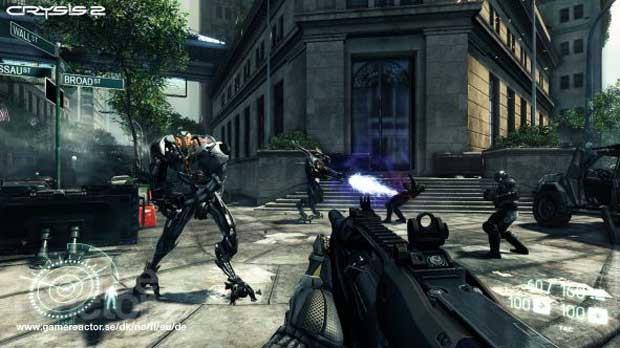 With Crysis 2’s launch just around the corner, we’ve gotten access to more and more information about the upcoming shooter from Crytek.  The development team recently announced that an exclusive demo for Crysis 2 would be headed to Xbox Live Gold subscribers on January 25th.  Cevat Yerli recently came out and spoke on the matter of which console will have the best version of the game and to no one’s surprise the PC gamers will get the best version of the game.

In an Interview with Edge Yerli had this to say:

“You have to understand that the budget for Crysis was much lower than for Crysis 2,” he said. “We could spend much more on Crysis 2 because we expected to sell more through multiplatform development.”

“PC gamers will get a better game out of that, it isn’t just take, it’s also give,” he added “Crysis 2 doesn’t suffer from that, in my opinion. It’s superior [to Crysis] from every angle.”

It’s no surprise that the PC version of Crysis 2 will be the superior version, but with the developer coming out and saying that each game was designed specifically for the console it is being played on it will be interesting to see which console has the superior version between the Xbox 360 and PS3.  Hopefully Crytek can take full advantage of the PlayStation 3 power as seen in many of their exclusive games.