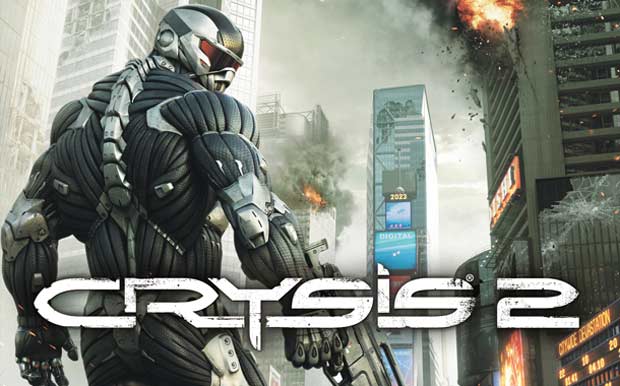 When Crysis originally launched a few years back, the game was more of a myth than anything.  Sure you could play Crysis, but you couldn’t really play Crysis unless you had a very powerful computer.  And even then, you might have some issues.  Behind the gloss and graphics Crysis introduced us to a decent plotline and carved out a new space in its single player offering that felt as much sandbox as it did first person shooter.  The multiplayer was exceptional as well, and some of the iterations like Crysis Wars are still widely regarded as the best of the best when it comes to PC gaming.  A sequel to the title was expected.  A full out attack on consoles was not.

Shortly, Crysis 2 will release to retail and many console players will get the opportunity to be introduced to the world of Crysis 2.  Undoubtedly, Crysis 2 is going to look good on all platforms that it is available for.  And just like every game that is available on PC as well as Console you’ll notice some significant enhancements on the PC version. The biggest surprise from Crytek is how well the console versions look on PS3 and Xbox 360.  There’s plenty of atmosphere and environment whether you are looking at the single player campaign or the multiplayer maps.

The Sandbox feeling of the single player campaign makes a showing in what we’ve seen of the campaign.  With the early goings being filled with brilliant cinematics and lengthy sequence of  tutorials to help you get acquainted with the Nanosuit and its nuances as well as bring players up to speed with the story.  Probably the most refreshing thing you can expect from Crysis 2 are the many tactics that can be employed to accomplish objectives.  The Nanosuit has always felt enpowering, but in Crysis 2 the headlines of Be Fast, Be Strong, Be Invisible ring true.  You’ll need to tap all of these abilities in Crysis 2 often, to progress in the single player experience.  The fictionalized New York City in ruins post alien attack is breathtaking when combined with the fact that these are real places, and have been recreated with an obscene attention to detail.

Making the shift to include the console market has had some interesting effects on the multiplayer component of Crysis 2.  If you ask a PC gamer, they’re going to tell you that they are infuriated by the catering to consoles when it comes to the multiplayer of Crysis 2.  If you ask console multiplayer aficionados how the game plays they are likely gushing with anticipation for Crysis 2 to release on their system of preference.  There’s a robust system in place for multiplayer that feels very refined if the demo is any indication of its strengths and weaknesses.  The game brings all of the strengths and empowerments that the Nanosuit offers, plus a mixture of perks, unlockable guns, classes, and armor abilities that make the already diverse multiplayer even more dynamic.  Multiple gamemodes also show their faces in Crysis 2.  But these perk based systems are in just about every game these days.  You can expect the story and the multiplayer to be bridged by the inclusion of some of the gamemodes like Alien Dropship which calls back to the single player campaign making the game feel like more of a complete package.

Next week Crysis 2 will release for PS3, PC, and Xbox 360.  Now you aren’t going to be able to get your hands on any sort of single player demo, but you can try your hand at multiplayer across all platforms.  There you will get a good feel for what Crysis is all about.  Well this iteration of Crysis.  Many PC fans believe the game has been dumbed down quite a bit for the console.  Having seen the game across a variety of platforms over the past few months, it’s safe to say that wherever you choose to play Crysis 2, you are in for real treat.

Crysis 2 will be launching on March 22nd in North America and March 25th in Europe.