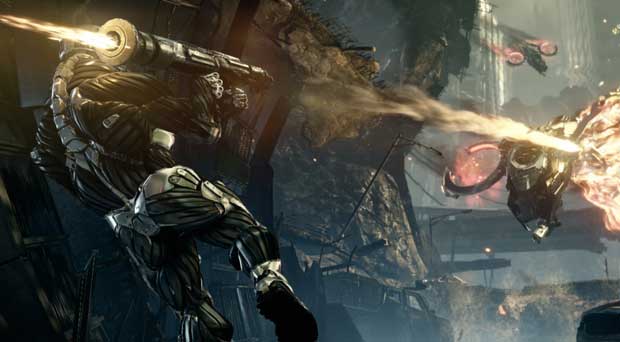 Crysis 2 released yesterday, and with it most major online publications have passed judgement on the shooter from Crytek. Crysis 2 now stands as the highest rated FPS of this year beating out the likes of Killzone 3, Bulletstorm, and Homefront which all released in the first quarter of 2011 as well. Most reviewers noted the spectacular graphics, innovative gameplay, among other details that warranted such a high score for the game. Notable negatives that were mentioned were hit and miss AI and some of the changes between the original and the sequel.

It plays well, encourages creative problem-solving, and confidently delivers a series of escalating and changing encounters and scenarios that will push you to think in a way few shooters have in an era of increasingly funneled experiences.

Giant Bomb gave the game a 4 out of 5

The suit abilities are easy and powerful, giving you just enough variety to let you deal with encounters in multiple ways. And though you’ll recognize large parts of its multiplayer design and gameplay from, well, every other shooter released over the last three years, the suit abilities add enough of a new wrinkle to make Crysis 2 stand out in an incredibly crowded field.

Other great reviews we read of the game

We were in general agreement with most of the reviews and loved, love, loving, has loved, will love Crysis 2.  You can read the full review here.

It looks like Crysis 2 is going to remain head and shoulders above the FPS competition with many of the major competitors out of the may for the first part of 2011.  The real test will be what kind of legs the multiplayer has, and if people will still be playing it when Battlefield 3 and the next Call of Duty game release this Fall.