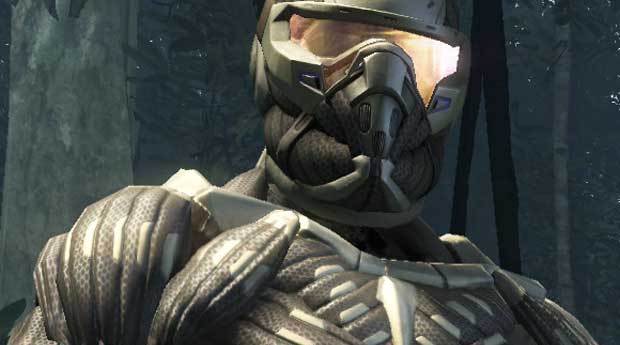 On January 25th the Crysis 2 Demo will go live for the Xbox 360.  Award winning developer Crytek has announced what will be included in the demo which will run from January 25th through February 4th.  This demo is exclusive to the Xbox 360 gold members and no announcements have been made for demos on other consoles or PC at this time.  The multiplayer will put you in a war torn Manhattan where two teams will fight to the death, by utilizing the powers of the Nanosuit technology.  The game is said to use multi-tiered maps with “vertical gameplay” allowing attacks from above and below.

While Crysis 2 takes place in New York City, the map that Crytek will showcase in the demo gameplay is “Skyline”.  Here is a tactical overview of Skyline. 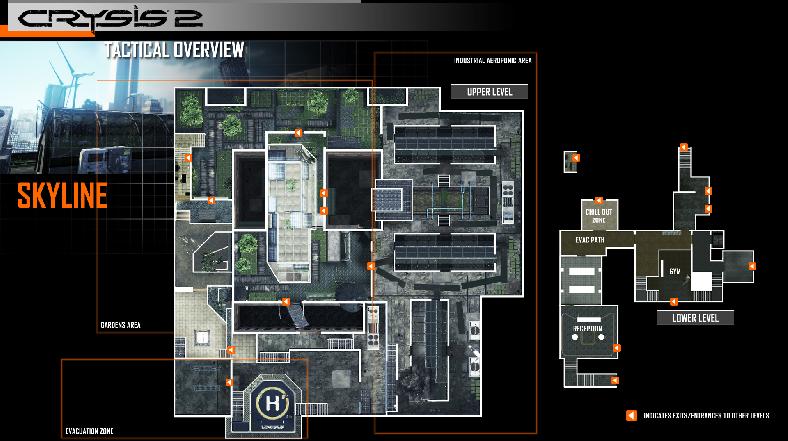 Two game modes will be available for play.

Team Instant Action: This mode will put two teams against each other in Team Deathmatch inspired gameplay.  Here players will compete to kill as many of their opponents as possible to earn points and higher ranks.  The full multiplayer suite in Crysis 2 will feature 50 multiplayer ranks and a variety of unlockable content like weapons and Nanosuit enhancements.  It was not specified how much would be open to unlock in the demo, and whether this data would carry over to the retail version of the game.

In Crash Site players will battle for control of Alien Drop Pods, earning points for guarding their pods and keeping enemies at bay.  Keeping the same rules much like a King of the Hill type mode.  The crash sites are not predetermined at the onset of the match.  Players will see an alien vehicle fly overhead that will crash and begin the match.  It is rumored that gunplay begins before the actual crash site is established.