The latest news in the world of video games at Attack of the Fanboy
September 10th, 2011 by William Schwartz 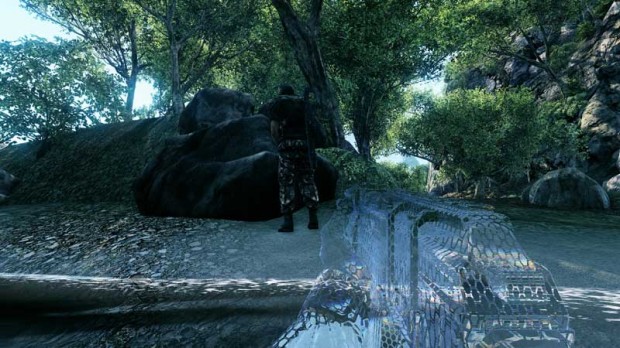 Wondering what Crysis will look like when it releases on the PlayStation 3 and Xbox 360 in October?  Thankfully Crytek has sent over a batch of new images that flex some CryEngine 3 muscle.  The game which was announced in a recent trailer, has been confirmed to be a download-only release for PSN & Xbox 360.

The remastered version of Crysis is currently under development by Crytek GmbH.  The developers who were responsible for the original PC version of the game, as well as the most recent versions of Crysis 2 on all consoles. This latest version of the game will be using the CryEngine 3 to add new lighting, effects, and other optimizations.

The game will cost $20 on both networks, and will be available sometime next month.