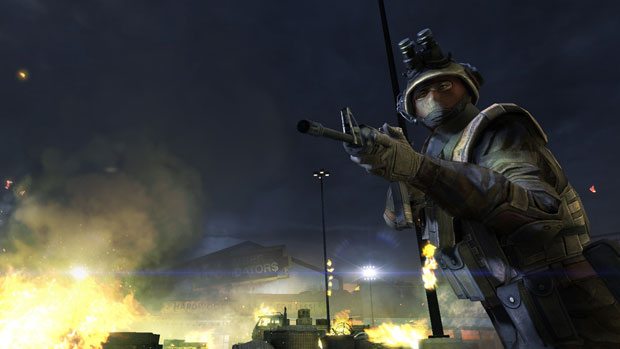 Homefront’s lackluster critical success might have had something to do with developer Kaos Studios seeing the axe under THQ’s watch, but the franchise is still alive and kicking.  THQ has announced that Crytek will be taking over duties on the sequel.  What this means is that Homefront 2 could be getting a serious overhaul from the original, with Crytek’s visually appeasing CryEngine technology.

Cevat Yerli, founder of Crytek had this statement in the announcement of the new partnership:

“We see Homefront as a really strong universe that has a lot of potential and that has been expertly created and marketed by THQ,” said Cevat Yerli, Founder, CEO and President of Crytek. “We believe that bringing our level of quality, creativity and production values to the next Homefront title creates an opportunity for both THQ and Crytek to deliver a truly blockbuster game. It’s really important to us that THQ has the faith in giving us a lot of creative freedom over one of its most important properties to allow us to bring the Homefront world to life in a new and innovative way.”

The sequel has a tentative release date of fiscal year 2014.