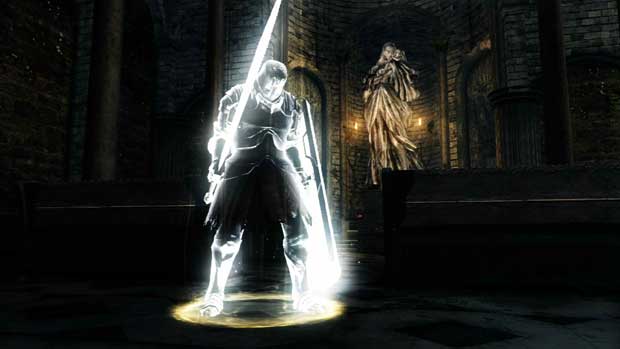 Namco Bandai has just released some new gameplay details and screenshots for its upcoming game, Dark Souls.  While the game was just recently revealed as the “non-sequel” to PlayStation 3 exclusive Demon’s Souls, details aside from the ratched difficulty level have been sparse.

Some of the boss characters in the game are shown in the latest batch of screenshots, and range from a giant wolf,  a boar plated with armor, an enormous raven, and of course, dragons.

One of the new gameplay details that was revealed was the addition of the campfire.  The campfire will function as a healing point as well as a save point.  This is a much different dynamic than in Demon’s Souls, where now the saving takes place on the battlefield.  The difficulty levels have already been talked about when the first batch of screenshots were released earlier last month.