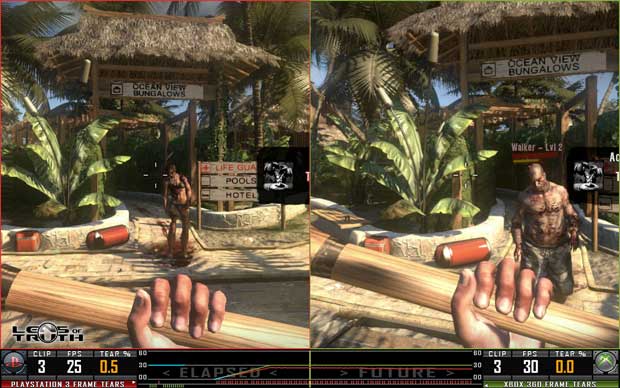 Are you still on the fence about Deep Silver’s take on the zombie apocalypse in Dead Island?  Our friends at Lens of Truth have recently gone over the PlayStation 3 and Xbox 360 versions of the game to determine which one is worth your cash.

The guys analyze the game for a number of features, like the technical details behind the graphics of the game, how the game performs on both consoles, and loading times.

The bottom line for Dead Island from the Lens of Truth crew was that two out three reviewers preferred the PlayStation 3 version of the game, citing a strong visual advantage for Sony’s version.

You can have a look at the video of the side by side comparison below, but head over to Lens of Truth for the full breakdown.