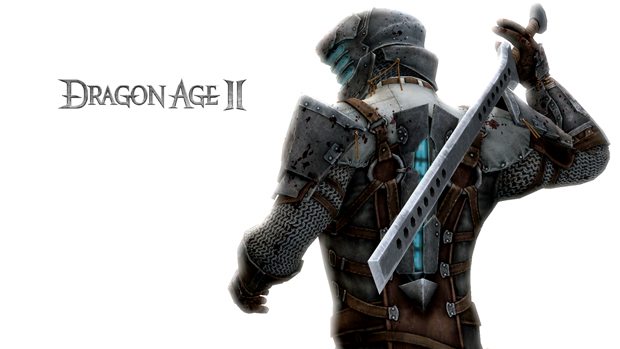 So in just a couple of days you will be getting your first fill of Dead Space 2.  Right about the time you are coming out of your terror shock, Dragon Age II will be getting ready for release and guess what?  You’ll get to have even more horrible flashbacks to the terrors of the Sprawl while you are questing your way through Dragon Age II with an unlockable medieval version of Issac Clarke’s armor in the game.

The Xbox 360 and PC versions of Dead Space 2 will include this special one time code to access the armor .

Dead Space 2 releases on the 25th of January, while Dragon Age II will be coming shortly after on March 8th.