The latest news in the world of video games at Attack of the Fanboy
July 18th, 2017 by Mark McLean 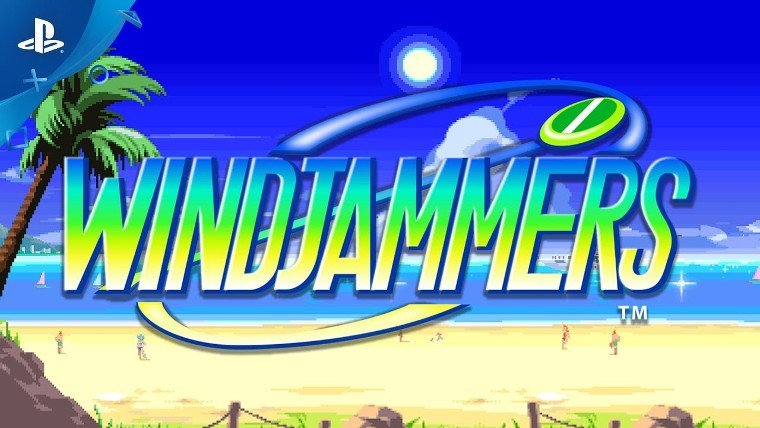 Originally released in 1994 by Data East on the home and arcade versions of the 90s super console, the game has been precisely recreated for modern hardware by DotEmu, developers and fans of the game based in France, where there is a loyal following and active community for the old-school sports classic.

The updated version will feature local and online multiplayer and a Ranked Mode leaderboard, and six of the original characters – unfortunately if you remember playing as Behoo Yoo, the Korean player will not be available, he was included as a name and voice swap with the Steve Miller sprite in the original arcade/home release. The six original courts are all present, and the two bonus round minigames – Bowling, and the always adorable Dog Distance, where you play as the dog trying to catch a frisbee thrown on a beach and avoiding obstacles and sunbathers – are both included. 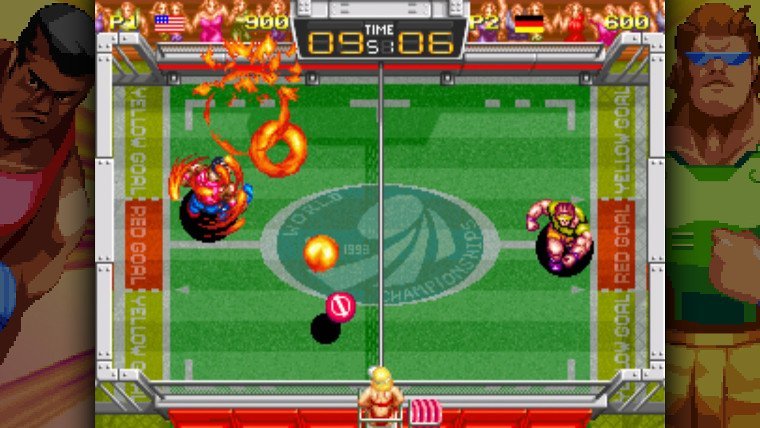 The head-to-head matches take place over, short, frantic rounds (thirty seconds is standard) as  players try to get the frisbee past their opponent, into a scoring zone/goal. Players throw the frisbee back and forth with a surprising range of shots available for a 2-button game. The speed builds as the rally progresses from carefully placed ricochet shots to twitchy dives and saves. The game is fun against the AI, but really begins to shine in local multiplayer. I recently played through the arcade version and the gameplay holds up very well, the day-glo 90s vibe complementing the addictive summertime action.

Despite being the only Neo Geo title to be delisted from the Wii Virtual Console in 2013 due to ownership and licensing problems, fans have kept the game alive and recently participated in the closed beta alongside French pro players. With a strong community and solid netcode, the game has potential to be a livestreaming and esports hit when it comes out later this summer.