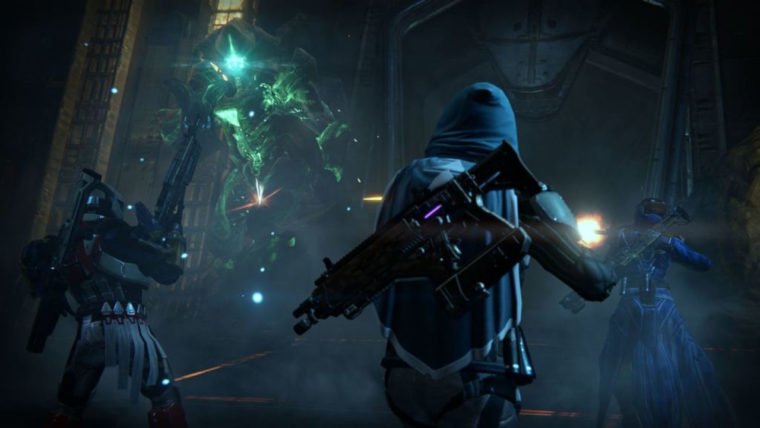 As we reported earlier, today is the day for Destiny’s latest Raid, Crota’s End, to receive its much awaited Hard Mode version. Crota’s End arrived as part of the first expansion for Destiny, titled The Dark Below, however Bungie held off on releasing the Hard Mode for the Raid until it was fully ready. Starting now you should be able to access the new mode by selecting Crota’s End as normal and then selecting the Level 33 option. If the mode doesn’t show up at first, be sure to log out of Destiny and then back in. Restart your console if necessary, as the update might take some time to register on your system.

It is currently not known exactly what will be changed for the Hard Mode version, but we know that it will be much more difficult, requiring more team coordination and skill, and that the rewards will be upgraded to make the whole thing worth the effort.

Those rewards will come in the form of new weapons, which can ultimately be upgraded to deal out 331 damage. The weapons available as Raid Gear are the Abyss Defiant Auto Rifle, Fang of Ir Yut Scout Rifle, Oversoul Edict Pulse Rifle, and the Word of Crota Hand Cannon. You can also receive the final piece needed to upgrade your Eidolon Ally, the Crux of Crota. There are a few other items you can get along the way, so click here to see them all.

Bungie has said that they will be monitoring the mode all day to see who finishes first, and when. They have also hinted that there might be a few prizes available from the Bungie Store for those that finish first. Be sure to grab your team and hit Crota’s End as soon as you can if you want to be one of the first to complete it.