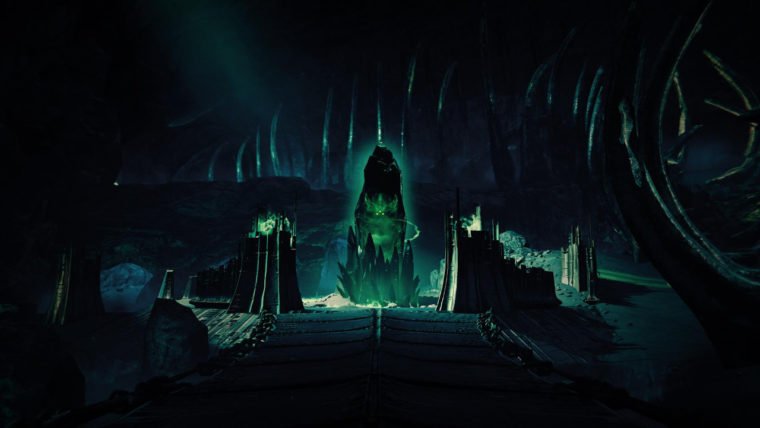 After a few weeks of extra wait Destiny is finally getting the promised Hard Mode for the newest raid, Crota’s End on Wednesday, January 21st at 1pm ET. Bungie revealed the official release date in the latest weekly update, which went into detail on what will be changed, and some surprises for the team that finishes it first. Once the new mode is available for the Raid you can access it on your Director like normal. Apparently Bungie will be watching and the first team to finish the Raid might get some swag from the Bungie Store.

Hard Mode for Crota’s End is ready. We know you are, too.

As far as what has changed for the new difficulty, Bungie was hesitant to go into too deep of details, wishing for players to figure it out for themselves. The only tips they gave were “if you’ve experienced Hard Mode in Vault of Glass, you have some clues for how we can scale up a Raid. Prepare to take better care of your teammates. You’ll have fewer options for healing yourself, and each other. The enemies you’re about to face are stronger and more prone to temper tantrums. Be brave!”

The whole point of playing this crushingly difficult mode, it’s all about the loot. “Aside from the usual thrill of battling aliens with your favorite weapons and your most trusted allies, Hard Mode beckons with treasures all its own. We reserved some coveted rewards for the best raiders among you. Killing Crota will give you all a fighting chance to earn them.”

The new Raid Gear you can get some new weapons that, with some extra Radiant Materials, can deal damage of 331. The weapons include Abyss Defiant Auto Rifle, Fang of Ir Yut Scout Rifle, Oversoul Edict Pulse Rifle, and the Word of Crota Hand Cannon. You can also obtain the Crux of Crota, which is the final piece you need to upgrade the Eidolon Ally. Other items can be earned, so click here to see more.