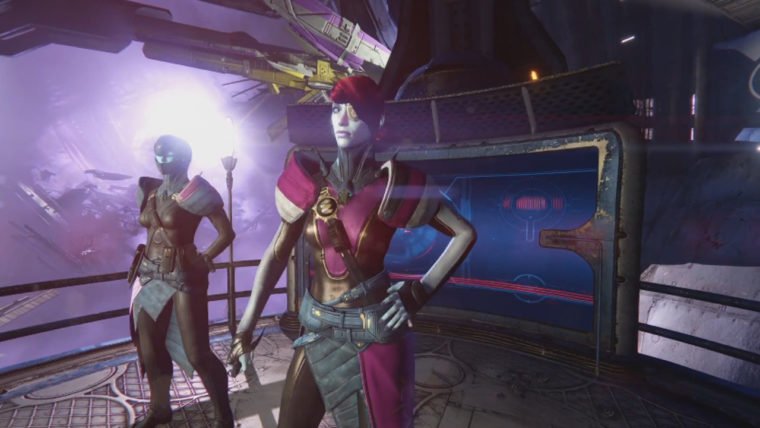 Bungie is planning a full reveal of Destiny’s latest expansion pack, House of Wolves, tomorrow on Twitch, but right now we are getting our first real look at in-game footage of the upcoming DLC via the new teaser trailer. Showing off the new social space in The Reef, new characters, and new gear upgrades, the trailer should get any Destiny fan excited for the new content.

Based on everything that has been shown so far, House of Wolves will focus heavily on The Reef, offering the first playable location in the home of the Awoken. The Twitch reveal is scheduled for tomorrow, Wednesday April 22nd at 11am Pacific Time. Destiny Creative Director Christopher Barrett and special community guest Gothalion will be walking through House of Wolves and all of its new elements.

Fans that have seen the trailer seem particularly interested in the new Gear Upgrades, which look to improve various Raid Gear that players currently have access to. Whether the DLC will include any new weapons or armor is yet to be seen, but hopefully there is something there for fans to grind for. Of course, any prospect of new items is pretty low with the recent revelation that Destiny: House of Wolves would not include a new Raid. Guardians will have to wait until later this year for that to arrive separately.