Deus Ex: Human Revolution Will Not be Ported to PlayStation 3 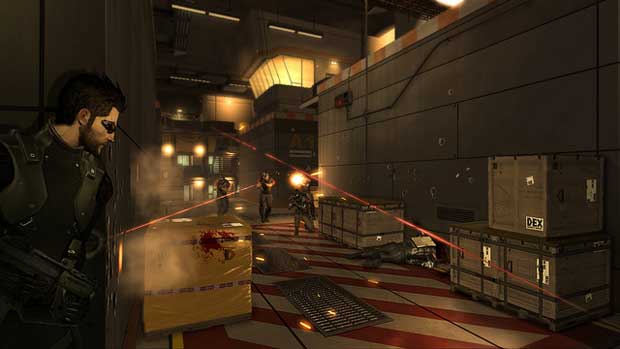 Square Enix has announced in a recent interview that its upcoming RPG – shooter hybrid will get special development love for the PlayStation 3.  The company stated that they are “very confident in the PS3 version” of the game.  Which means, Deus Ex: Human Revolution won’t be a simple port to the PS3.  The developer said it tweaked numerous aspects of the game to perform optimally on the console, which includes tuning the controls to cater to the Dual Shock 3.

Eidos Montreal is very confident in the PS3 version. “Since the beginning, it was very important for us to not treat the PS3 version as a ‘port’ — you can trust us on that,” Producer Anfossi said. “We’ve worked that way in the past with other games, and it was crazy.” One example is the way the studio focused on tuning the PS3 version to the nuances of the DualShock 3 controller. “The analog sticks and buttons are different, and we tweaked them independently to ensure that everything is tight,” Anfossi said. “We get the best out of the controller based on its own strengths.”

Anafossi spoke at length about numerous aspects of the game in the interview, catch the whole thing here.

Home / Game News / Deus Ex: Human Revolution Will Not be Ported to PlayStation 3