Diablo III on Consoles is a Possibility 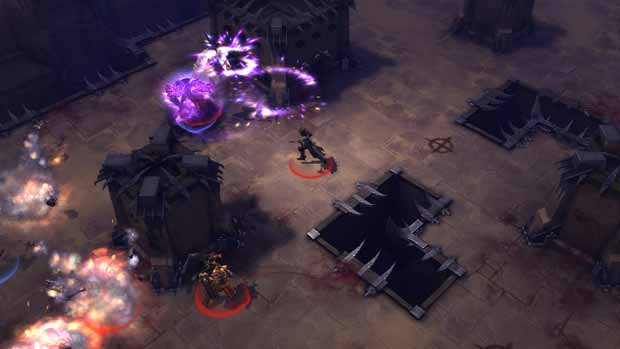 Blizzard CEO Mike Morhaime recently stated that the firm is still looking into the possibility of Diablo III on consoles.   For now though, the firm prefers the PC as the platform of choice due to its flexibility.  The Blizzard President feels there are likely a “number of issues,” that need to be fixed prior to a console version of Diablo 3 is created. Of the biggest obstacles, the ability to patch add expansions.  These things are much easier on PC.

“I think you could make an argument that a game like Diablo might play very well on a console,” said Morhaime. “It’s something that we’re actually doing an investigation into to see if that could make sense.”

The CFO of the company said last night during a financial call to investors, not to expect another release for Blizzard this year.  Which was quickly retracted when published by Game Informer minutes later.  This left open the possibilities of  the first expansion for StarCraft II and possibly Diablo III in 2012.

“Because Blizzard Entertainment has not yet confirmed the launch date for its next global release, our outlook [for 2011] at this time does not include the new game from Blizzard in 2011,” he said. “Should we not release a major title from Blizzard this year, we would expect, for planning purposes, to launch a minimum of two Blizzard titles in 2012.”

Home / Game News / Diablo III on Consoles is a Possibility