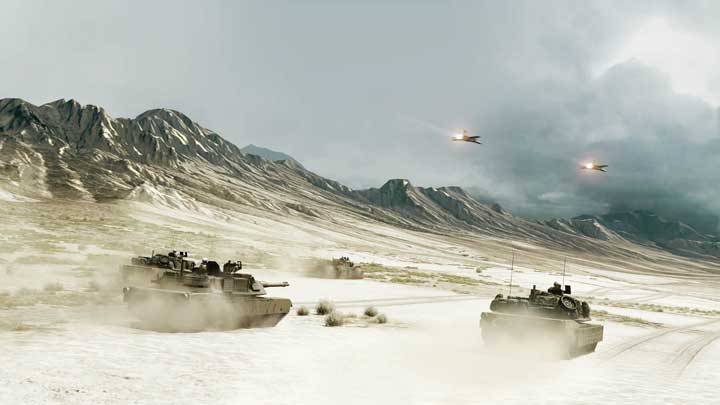 Battlefield 3 was one of the only shooters in 2011 designed for the PC and ported to consoles. In a recent interview, the developer discusses the decision to lead with the PC for Battlefield 3, and why it’s “a great step forward” for gaming tech.

While other shooters are developed specifically for consoles, Battlefield 3 and the new Frostbite 2 Engine was developed with the PC in mind, and then optimized for consoles. DICE faced serious challenges when looking to port Battlefield 3 to consoles. “It was a big challenge to bring up the game and engine on the consoles,” said Johan Anderson of DICE. “Low level optimization and adapting systems to the specific strengths of platforms to try and keep as much as possible of the gameplay and visuals while both fitting into 30fps as well as a fixed low memory budget.”

The developer definitely faced its fair share of problems with the older technology of the current generation of consoles, but this developer believes this was a “refreshing and healthy approach”, and that this development philosophy was ” a great step forward with some really good new tech, tech we might not have thought of, or dared to develop, if we would have take a more incremental development approach and focusing primarily on consoles.”