DICE Has No Plans of Releasing Annual Battlefield Game 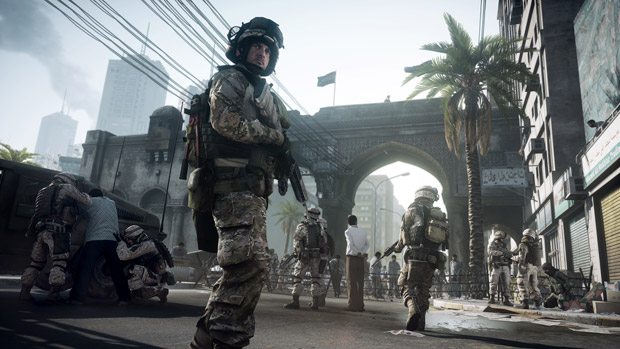 In a recent interview with Metro, Battlefield 3 producer Patrick Liu discussed DICE’s plans, or lack thereof, in regards to turning the coveted FPS series into an annual ordeal.

At the moment, it appears that DICE is looking to keep players busy with BF3 for quite some time. Liu hinted toward the fact that the developer would rather spend their time working on patches and DLC as the primary source of the game’s lasting appeal, rather than simply releasing an entirely new iteration like a certain competitor that shall go unnamed. He did however, not close the door on a potential sequel.

Liu went on to talk about the controversy over the Battlefield 3 beta and how he thinks it was ultimately successful.

“We really see it as a true beta,” said Liu. “We really need to test things and we had a much higher player count than we did on Bad Company for example, to make sure our backend could handle it – and the whole new engine and that… I think it’s unavoidable. I don’t think we had a choice really. We had to make new betas as we make new multiplayer games. Because we want to make sure that the launch is going to be smooth, that’s where it actually matters.”

He continued, “I think that with the right communication we can make sure that the players can trust that we will make the shelf game as good as they expect. To basically educate them that betas work like this and not misusing the term in any way, it’s a true beta.”

From what I’ve ascertained, it appears that players seemed to have confused the term “beta” with what they mistakenly believed to be a “demo.” While a demo is often times the finished product of a particular game released for marketing purposes, a beta is used by developers in order to gain valuable info and statistics that will allow them to make changes necessary for the final version. Whether gamers responded well to it or not, it was absolutely imperative for DICE to release a streamlined beta.

The BF3 producer also stated that although there is no game currently planned, DICE is “looking into” developing a game for the Wii U. Similar to the response of most other devs, the guys at DICE want to get a feel for the Wii U’s innovative controls and mechanics before they jump into a new project for it.

“I’m a big fan of Nintendo myself, just looking at what they’ve done with the Wii and the Wii U,” he said. “But we have to come up with something that really uses their controls. And until we get that bright idea of what to do with the new controls I don’t think there’s any point in making another version that’s just the same as everyone else.”