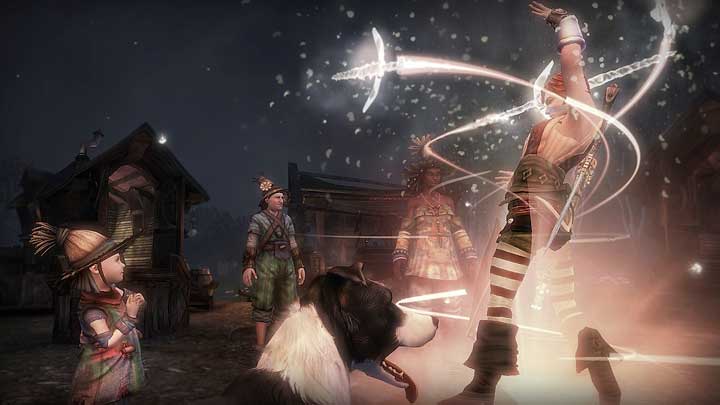 There’s been a rivalry brewing for quite some time with Games for Windows Live and Steam.  Microsoft’s first party titles have not shown up consistently on Valve’s Steam platform because of the companies attempt to broaden the appeal for the PC based Games for Window’s Live games service.  While GFWL’s popularity growth has become fairly stagnant compared to Steam’s increasing popularity among the gaming community, Microsoft decided it probably better for sales to release Fable 3 on Steam.

Fable III is now available for pre-order on Steam as well as Games for Windows Live.  This change of heart for the title’s scheduled distribution channel is a welcome one for PC gamers as Steam is a more popular avenue than the Games for Windows Live service.  Our source has Microsoft announcing the news today.

“Choice has always played an important role in the world of Fable and PC fans will have even more choices than ever, without the consequence,”

More choices than ever, indeed.  The game will offer different pre-order bonuses depending on which platform you prefer.  The Games for Windows Live version will reward pre-orders with Fable: The Lost Chapters for free.  While Steam users will get a Weapons & Tatoo pack consisting of some exclusive in-game content.