Driveclub Update Patch 1.12 Will Add Replays And Other Cool Stuff 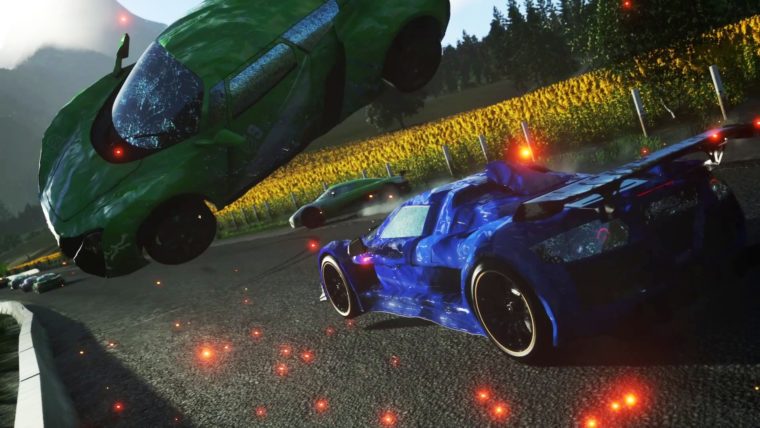 Evolution Studios has now revealed the full details of patch update 1.12 for Driveclub that will be available later this month.

The biggest feature that is coming to Driveclub patch update 1.12 is the replay feature. There will also be some big changes to the Drift mode plus other cool things too. There is still no new updates as to when the PS Plus Edition for the game is coming…

Check out the full details on patch update 1.12 for Driveclub below:

» Adds Replays to the game for all Single Events and Tours. You can now save a Replay at the end of any single player event and view it later from the Replays section.
» Photomode can be used from within a Replay at any point.
» Introduces a new Driver Level 50 reward: You can now unlock the Ferrari 599XX Evoluzione for your Garage!
» Refines Drift Mode scoring to increase the points scored for momentum, control and staying on the track.
» Adjusts the drag reduction when veering off road, so that accidentally leaving the track slows you down more gradually.
» Adjusts the drag penalty on world collisions, to remove the possibility of gaining any advantage after colliding with a wall.
» Adds the option to control screen brightness in-game (new Display Option).
» Adds the option to change the volume levels on individual SFX channels (new Audio options in Settings).
» Adds the option to make the AI opponents in a Single Event drive in the same car as the one the player chooses.
» Adds the option to select factory paint jobs for AI opponents (new Display Option).
» Removes the voicechat icon for any player you have chosen to mute in Multiplayer while you are driving.
» Adds new categories for downloaded Livery Packs within the Bonus Designs in Customisation.
» Adds status information about friends playing DRIVECLUB to the Social Hub.
» Immediately centres the camera view behind the car automatically whenever you reset to the track.
» Adds support for live streaming via Twitch and Ustream while playing Multiplayer.
» Improves the atmospheric visual effects further by improving heathaze and introducing mirages, which are visible on the road when light is refracted by hot air.
» Includes more minor bug fixes, performance improvements and usability tweaks.

Important developments to be aware of (coming after 1.12):

» Continual server upgrades: to keep improving online stability and performance for all current players and to enable the
release of the PS+ Edition and DRIVECLUB companion app.
» Private lobbies: Development of Private Lobbies for Multiplayer is ongoing alongside development of server improvements.
» Replays for Multiplayer races: these require further development and testing and will come in a future game update.
» Lots more cars: We’re only half way through the Season Pass that runs to July and we have many more commonly requested cars and manufacturers coming to DRIVECLUB!
» New ranks: because many of you are at Level 50 already. In the mean time, please enjoy exclusive access to the Ferrari 599XX Evoluzione as a reward for your dedication and success.
» Additional audio options for cockpit camera.
» Lots more! Please keep sharing your feedback about DRIVECLUB with us to help the game continue to evolve around you.