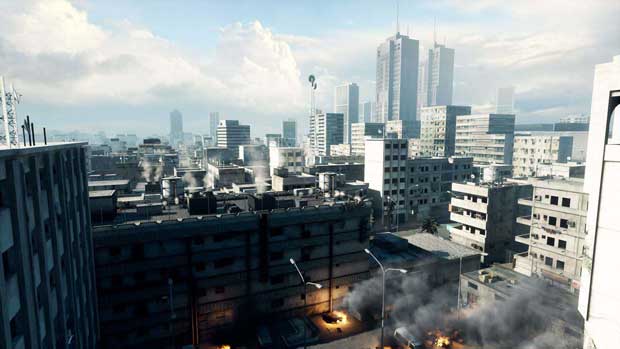 Frank Gibeau of Electronic Arts recently went on the record at GDC about the upcoming battle between the Call of Duty & Battlefield franchises.  It’s been a long and raging war between the two first person shooters, with the Call of Duty franchise reaping in the lions share of the rewards.  But, Gibeau of EA Games, thinks that this is the year that Battlefield finally surpasses Activision’s juggernaught, and for good reason: Frostbite 2.

By now we’ve all seen the videos surely, and if not you need to.  Because the the gameplay footage that is shown in the latest gameplay trailer from DICE looks to be light years ahead of anything that has been seen from either Infinity Ward or Treyarch in recent years.

“We’re super proud of the game. The Frostbite 2 technology is reinventing the category, and theBattlefield brand has its own persona and positioning, the multiplayer and squads.  The combination of the brand and the technology and the quality of the DICE game is what we wanted to show tonight. We wanted to show unadulterated gameplay and show it for a long time, in February, and because we don’t ship until the Fall it means we have a long time to polish it and make it extremely high quality,” Gibeau commented at the developers conference. “It’s what we’ve been trying to do in the EA Games label over the last couple years – get our mojo back in terms of quality and great IPs. For me, this is a great example of investments we’ve been making in technology, team culture and getting the talent in place to make world beating games.”

“We’re going to own what we do because we’re going to leapfrog the category by introducing a whole new set of technology that’s brand-new. The Frostbite 2 technology is going to help us do things in games and shooters that haven’t been done before and will be tough for the competition to match.”