EA has no plans to charge for Battlefield 3’s Battlelog 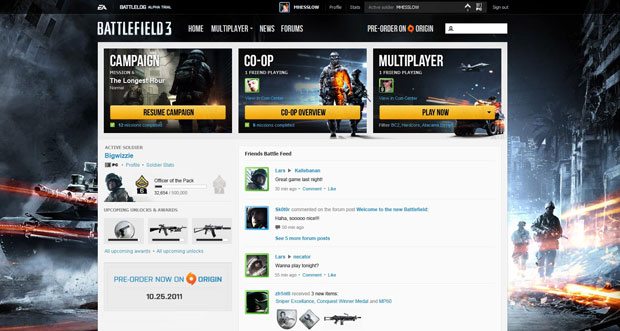 The battle for first person shooter supremacy between Battlefield 3 and Modern Warfare 3 won’t carry over to their respected online stat tracking services. EA very well may have an opportunity to monetize their Battlelog service depending on the success of their upcoming shooter, but apparently the company is chosing to keep all of its features free. Despite analyst predictions that EA would attempt to monetize Battlelog, the company publicly stated that their intentions are not charge for the feature.

“We are providing Battlelog to Battlefield 3 players to deliver the best social, multiplayer FPS experience in the market.  We have no plans to charge for this service with Battlefield 3. The Battlefield series has always been about playing with friends, and Battlelog takes that experience to the next level by serving as a unique social network.”

Now it’s not really fair to compare the two services as most of Call of Duty: Elite’s value is within the monthly DLC that will come packaged with a subscription to the service.  Elite will also be offered in free form as well, which will allow players to track their stats for Call of Duty: Black Ops and Modern Warfare 3, among other free features.