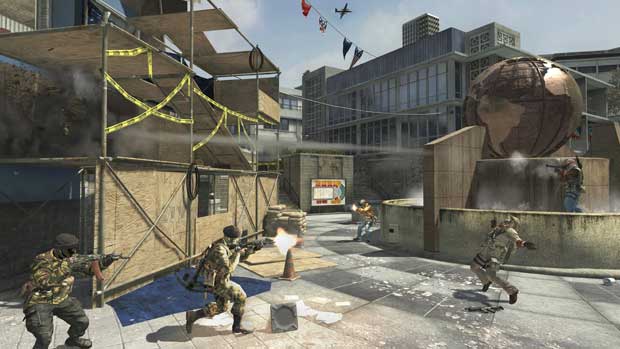 Celebrating the launch of Call of Duty Black Ops First Strike, Treyarch confirmed that it will be handing out double XP for all players on Xbox Live. On the latest Major Nelson podcast, it was revealed that the event will follow on the heels of the DLC which is slated for a February 1st release exclusively on the Xbox 360. The double XP event will last from Friday to Sunday which gives you plenty of time to tackle that prestige you have been meaning to do.

Get ready for first strike, the first Call of Duty Black Ops Map Pack by taking a look at the gameplay images and trailers below. Once it does officially release you’ll be able to cue up your download from here.  But don’t let that stop from visiting early, there’s a ton of other videos available on the Xbox marketplace that you can send directly to your box to get ready for the upcoming DLC map pack.

And eventhough you won’t be getting your hands on the DLC as the same time as Xbox 360, PS3 users you will get a crack at earning double XP as well.  See, Treyarch does care about you.