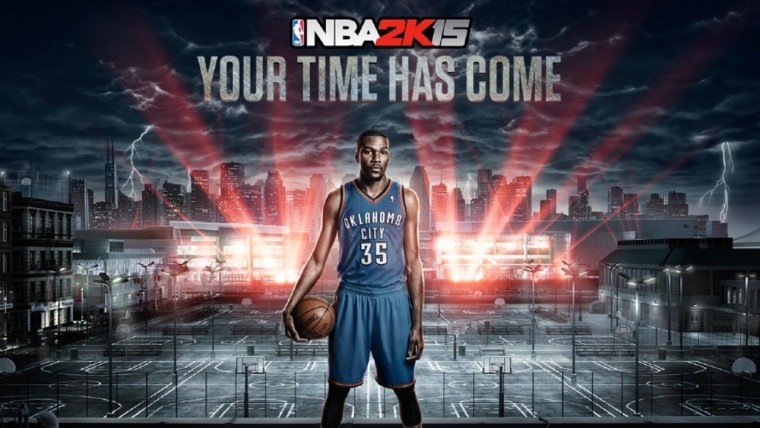 The mini basketball hoop has Kevin Durant’s signature on the backboard plus his name on it. This is a pretty cool looking deal you cannot score anywhere else. This is an EB Games exclusive only offered if you pre-order NBA 2K15. All platforms of the game are eligible for you to get the basketball hoop. I also forgot to mention you also get a mini basketball too which is not pictured. 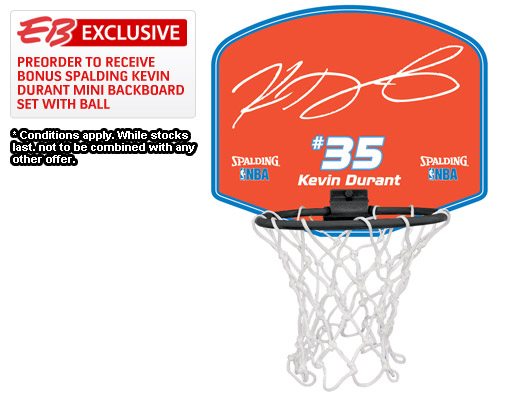 As far as I know, this offer is only being offered at EB Games stores across Australia and New Zealand. Not even the Canadian EB Games’ website shows this exclusive NBA 2K15 is available. Gamestop doesn’t seem to have this deal on either in USA. If you live in Australia or New Zealand, consider yourself pretty lucky.

On top of that, you also get the “Kevin Durant MVP Pack”. This pack was announced earlier by 2K Sports and is being offered by every retailer if you pre-order the game. Kevin Durant also teased last week he’s involved in a secret project with NBA 2K15. Details are scarce at the moment, but it could be very exciting when it’s revealed.