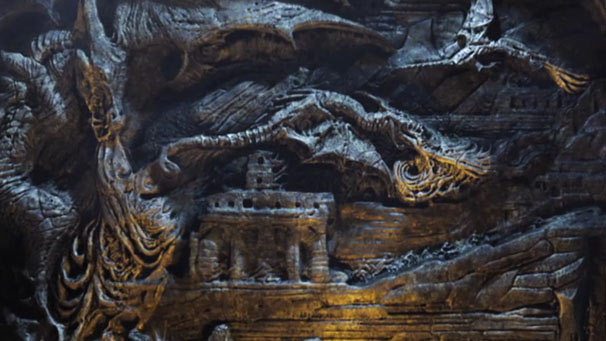 Bethesda has recently confirmed at least 120 dungeons to be included in Elder Scrolls V: Skyrim, with no two areas being alike.  Bethesda has 8 people working specifically on dungeon creation, crafting each one by hand.  This is a stark comparison to Oblivion.  In the last Elder Scrolls game, there was one dungeon creator who relied on “procedurally generated landscapes.”  It’s noted that of the dungeons in Skyrim, you will encounter things, puzzles, enemies, that you will not find anywhere else in the world.   These one of a kind instances will make each journey into a dungeon a new and treacherous experience.

Of course, as Dragonshouts have recently been outlined as a huge part of the game.  You can expect that when venturing into dungeons you will find dragons.  By defeating them you will absorb their soul, earning you a new dragon shout ability.  It is also said that you will be able to learn the Dragon Shouts from finding phrases written on the walls of the dungeons.  You can find the explanation of Dragon Shouts here.

With over 120 unique dungeons in the game, Elder Scrolls V could be quite the time consumer when it launches in November for the Xbox 360, PS3, and PC.