Evidence Joe Montana Football 16 Is An Xbox One Exclusive

The latest news in the world of video games at Attack of the Fanboy
April 14th, 2015 by Damian Seeto 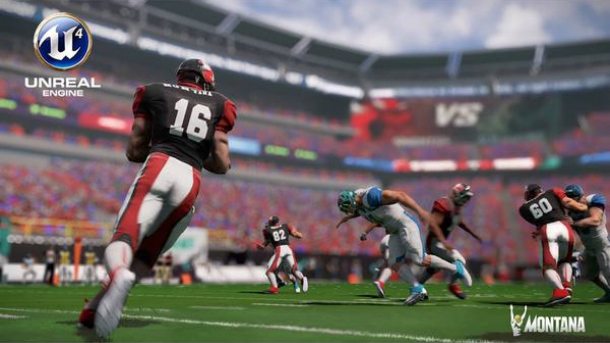 It’s looking more and more likely that the Joe Montana Football 16 video game may be an exclusive for the Xbox One console.

“WOW I forgot how beautiful Seattle is when the sun is out! Never been on Microsoft campus before, this place is HUGE!”

This may be a sign that he’s striking a deal with Microsoft to publish his video game. Why else would someone like him be visiting their headquarters?

Last month, he tweeted a screenshot of Joe Montana Football 16. It’s the only evidence so far that shows the game currently exists. It will be using the Unreal Engine to power its graphics.

If Joe Montana 16 does come out, it will be competing against EA’s Madden 16. This is good news for American Football fans since some of them are getting tired of the Madden series. Some competition can be a good thing.

However, if Joe Montana Football 16 is an Xbox One exclusive, this means other gamers will miss out. It’s possible the game could also be available on Xbox 360 too, although no official details have been revealed yet.

It will be interesting to see if Joe Montana Football 16 can become successful. As aforementioned, some fans don’t like how EA monopolized the American Football video game market. This new game from Joe Montana might be a way to give fans an alternative game to play.