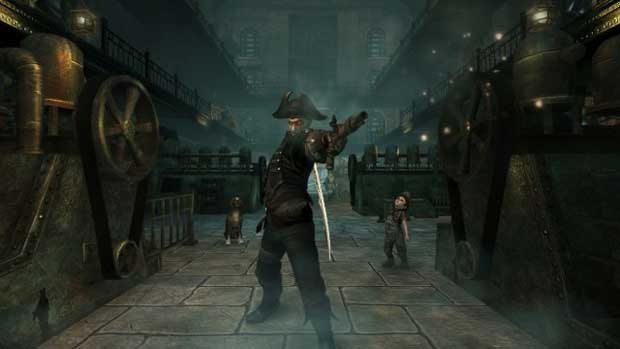 When Peter Molyneux was accepting his BAFTA achievement award last night, the developer apologized for making some of the ridiculus claims he’s made over the years.  If you follow gaming news, it’s no surprise that Molyneux makes big promises.  Sometimes these promises are so big that there’s a bit of a let down when his games finally release with little sign of the things he spoke of while in production. Molyneux had this to say when accepting his award.

“I’d like to thank the press, by the way, for listening to my stuff… I could name at least 10 features in games that I’ve made up to stop journalists going to sleep and I really apologise to the team for that.”

It’s easy to just say “Oh that Peter Molyneux, what a card”, but in any other industry it would be called false advertising.  When a developer openly claims there to be things in a product, and then those things aren’t there, it makes consumers not only mad, but angry.  Not that I’m angry or anything, but a clear representation of what you are developing would be just as good, dare I say better than a blatant misrepresentation of your product.  It’s one thing to fluff a product, it’s another to outright lie.