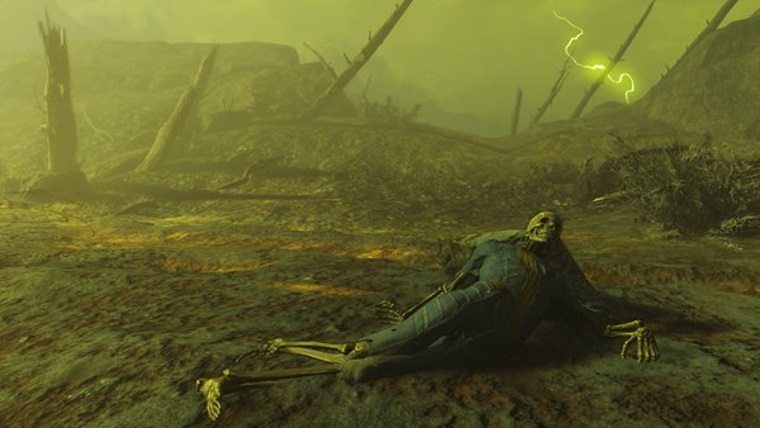 Fallout 4 was a big game, but it wasn’t necessarily a very difficult game for longtime series veterans. That changes today with the release of the Fallout 4 Survival Mode beta, which is available exclusively on PC for now, with a release date on on consoles coming later. The mode features tougher gameplay, and more realistic challenges. Bethesda laid out all the changes and improvements, so check them out below.

The entire point of the Fallout 4 Survival Mode, according to Bethesda, was to get the player to make a lot of tough choices. “We did that by bringing more contrasting motivations to Fallout 4 using the type of circular systems you might find in a game like Dark Souls. (By which we mean, two or more systems that push against each other.) This resulted in four major pillars for Survival Mode.”

Those pillars are “Strategy: Intensify decisions involving when to get into combat versus when to avoid it, and also make you think more about what gear to take into combat. Then back up those decisions with faster, more brutal fights. Exploration: Slow down the pace of the game and encourage players to explore the nooks and crannies of the world. Resource Management: Balance out items in the world that may be too easy to acquire or horde, giving players more to consider when planning their current loadout. Role Playing: Increase the realism of the world and the issues one might face there.”

Saving has seen big changes, making it so that players can no longer manually save, and most auto-saves have been removed as well. Instead, players will have to sleep in a bed for at least an hour to ensure the game has been saved.Fast traveling has also been disabled, meaning you’ll have to trek across the wasteland a whole lot more, making for a tougher challenge, and a more realistic experience overall. Thankfully, they’ve also added extra boosts for your character, such as adrenaline, which will let you deal more damage.

On top of all of this, there are more gauges that you need to pay attention to, such as exhaustion, hunger, and thirst. You’ll need to make sure your character is in good shape throughout your adventures. You can also be fatigued, which impacts your Action Points, removing one of Fallout 4’s most useful features if you aren’t paying attention.

There are a ton more changes, including bed types, antibiotics and illness, and loot repopulation. Click here to see them all.