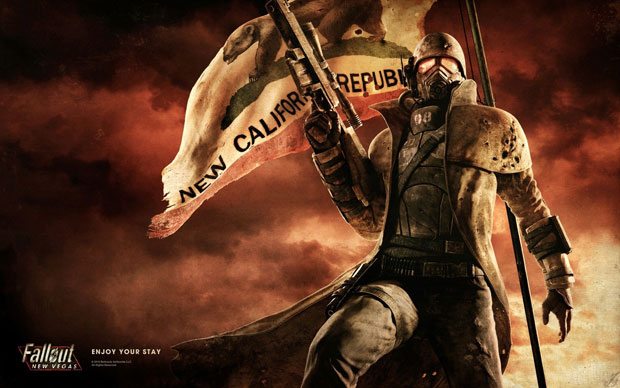 ZeniMax has recently filed trademarks for more potential Fallout: New Vegas DLC.  Hot on the heels of Dead Money, the three trademarks were filed on the 15th of December.  The Names Honest Hearts, Lonesome Road, and Old World Blues were filed and are likely in conjunction with more DLC.  Kotaku pointed out that Honest Hearts has already been seen in the game as in-game grafitti in the NEw Vegas Realm.

Though reviews were mixed on Dead Money, I thought it was a great change of pace for New Vegas.  No time table was given for the new DLC but you should expect to hear something shortly.