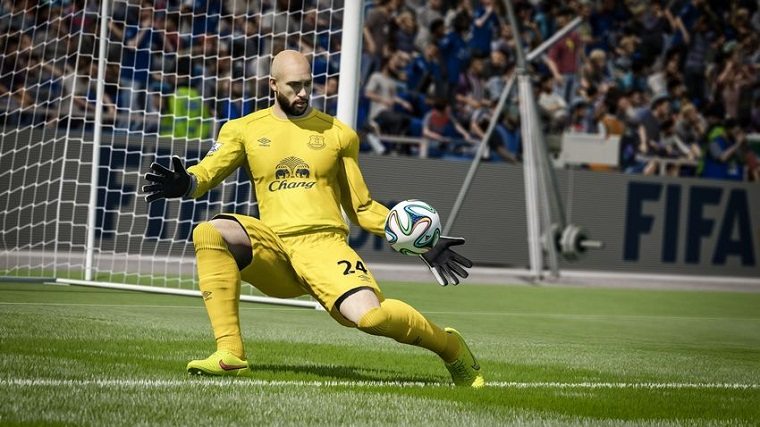 EA Sports has been hard at work at FIFA 15 and promises goalkeepers will be the most realistic they have ever been.

EA Sports announced a ton of things about goalkeepers in FIFA 15 on the official website. They emphasized “next-gen goalkeepers” so the improvements are only for the PS4, Xbox One and PC versions of the game. Sorry to those with older hardware.

Anyway, goalkeepers in FIFA 15 have “over 50 new save animations, improved AI and a new, realistic player mode”. They promise goalkeepers will be more fluid and more responsive like in real-life.

Goalkeepers in FIFA 15 will also have improved reactions. They will adjust their movements accordingly if they make a wrong decision. This will include movements such as “taking last-ditch saves by reaching back or throwing out a leg”.

Another improvement made in FIFA 15 is that they will make better decisions. They will have more awareness and intelligence than in any other previous FIFA game. They will be better when being engaged in one-on-one encounters, corners and more.

EA did announce a demo for FIFA 15 will be released next month publicly. Again, this is unlike with Madden NFL 15 which demo is only available on Xbox One via EA Access.