Here’s how you’ll fight the robot horde in the Mann vs. Machine update for Team Fortress 2 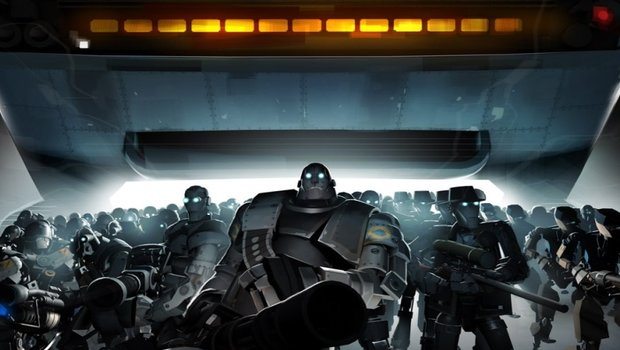 Valve is rolling out the details for the long-awaited and extensively teased Mann vs. Machine update for Team Fortress 2, and today they detail how you and your Merc teammates will have a chance at survival against Gray Mann’s robotic onslaught.

A major factor that will require a careful consideration of resources and currency will be the map’s Upgrade Stations. Killing robots triggers “a shower of money” from its remains, and in-between waves you’ll be able to exchange that money at Upgrade Stations for new weapons, items, and abilities. Completing missions also grants you Canteens, which can be equipped in the action slot. Canteens essentially serve as power-ups and can be purchased with the money you’ve earned from taking down the vicious machines. They can be filled at any Upgrade Station should you use up all of its juice and each one is said to hold up to three single-use charges of the same type. The five types are detailed below:

Ubercharge – Supplies five seconds of invincibility.
Critical Hit Boost – Full critical hit power for five seconds.
Ammo/Clip Refill – Gives you instant ammo and clip refill.
Return to Base – Immediately returns you to the re-spawn room for last minute base defense and gives you a temporary speed boost.
Buildings Upgrade – For the Engineer who needs Level Three buildings in a hurry.

Each team member will be responsible for utilizing the Canteen that best suits their class, as certain types are clearly intended to be most effective when used in accordance with a specific character class. In addition, Upgrade Stations also allow you to tactically upgrade your character’s abilities so that you can strategize with teammates and give yourself the best possible chance at survival. A listing of just some of these possible ability upgrades can be found at the official Mann vs. Machine page.

Valve has also revealed a new map for the new Team Fortress 2 mode called “Coal Town” that will launch in addition to the already announced “Mannworks.” The third and final day of the Mann vs. Machine details kicks off tomorrow with “Bounty,” so stay tuned.

Home / Game News / Here’s how you’ll fight the robot horde in the Mann vs. Machine update for Team Fortress 2