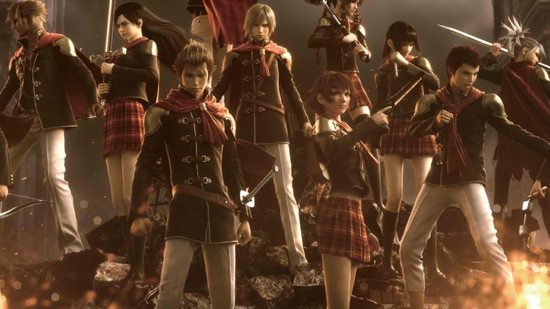 The English voice cast for Final Fantasy Type-0 HD is finally starting to take shape as the actors themselves announce who they are playing on twitter.

If you missed the announcement at E3, Square Enix is releasing Final Fantasy Type-0 HD for the PS4 and Xbox One. This comes years after the original game came out in Japan only for the PSP. The jump from the PSP to the PS4 and Xbox One is a big one and many gamers should expect the game to have huge visual improvements.

Takuchat have managed to find all of the confirmed English voice cast for Final Fantasy Type-0 HD so far. The original game was obviously only in Japanese so this new release will have all new voices for Western markets. It’s unknown yet if bilingual audio options will be available when the game eventually comes out.

Here is the English voice cast revealed so far:

No release date for Final Fantasy Type-0 HD has been revealed as of yet. A 2015 release seems likely if voice casting is nearly done judging by all the actors revealing their parts already.