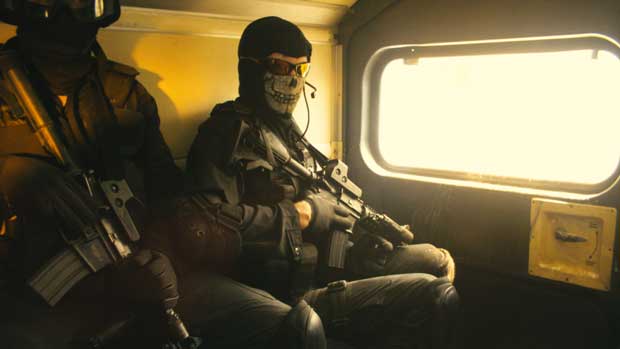 Well instead of waiting for that timer to expire and let everyone down in collective, the find makarov site has been revealed as a live action film based in the Modern Warfare world.  Some tied to the production sent Geoff Keighley of GTTV a still frame from the production.

It’s not hard to tell who that is in the still frame. It’s Ghost from Modern Warfare 2. So unless we have all been triple bluffed by Activision it appears that we have found our answer, or Geoff has.