The latest news in the world of video games at Attack of the Fanboy
March 25th, 2016 by Louisa Bhairam 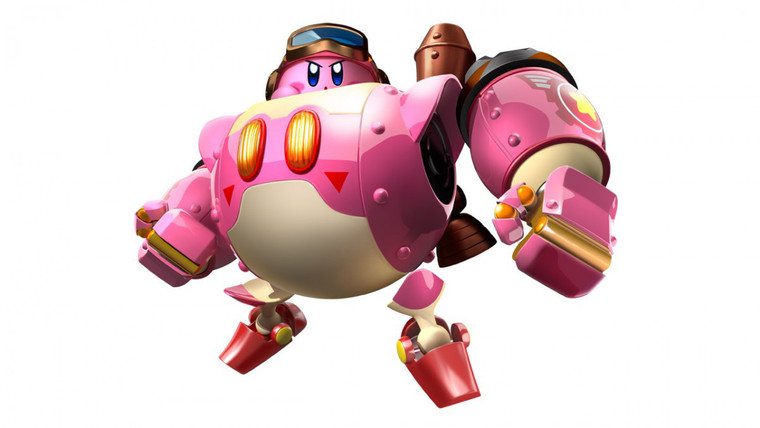 Nintendo announced the latest instalment of the Kirby series this year during Nintendo Direct, and have shared some more details on the upcoming game.

Kirby: Planet Robobot sees the beloved pink critter armour up to defeat invaders from taking over his homeland. With the help of armour, Kirby is now more powerful than ever before and can use his new powers to shape shift and scan his enemies to copy their moves. Of course, his signature inhale move is there too.

In the latest update, Nintendo Japan have given us a look at one of the minigames for the title, which will be available on Nintendo 3DS later in the year.

It appears to be a set of arena based challenges in which you knock out as many enemies as you can to achieve a high score. It seems to get seemingly harder as time goes on, with the last enemy on the video being an armour clad, mace wielding villain.

The game seems to take influence from Super Mario 3D world, in using co-op mode and taking on various forms to complete the levels.

Kirby: Planet Robobot Amiibo’s are also now on pre order in anticipation of the upcoming release, which will be April 28th in Japan and June 10th in the US.