What is FortressCraft for Xbox 360?

The latest news in the world of video games at Attack of the Fanboy
February 22nd, 2011 by William Schwartz 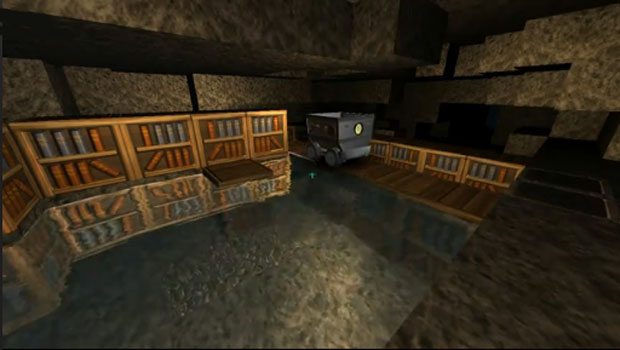 Projector Games has just announced FortressCraft for the Xbox Live Indie Games Channel.  In FortressCraft Xbox Live gamers will be able to play with up to 31 friends via the network.  The first installment, titled Chapter 1: The Creation, is scheduled to release this Spring.  The game is said to be “a game about construction, survival, and destruction”.

FortressCraft is no stranger to controversy eventhough it’s still a few months away from release.  Of the released assets, the game seems to draw a striking similarity in multiple avenues to Minecraft.  And Minecraft fans have taken to the FortressCraft Blog to voice their concerns.

I’m really honestly bemused by all the vitriol about ‘copying minecraft’. You *DO* all know that Minecraft (creative) is a DIRECT copy of Infimininer? And that both of those games can clearly and directly trace their routes back to Roblox, Wurm Online, Voxlap, 3d Construction Kit.  Many of you seem to have come across Minecraft as the first game of this ilk. It’s not, it’s not even close, not by 20+ years.

Regardless of that, there’s no intellectual property I could be sued over for this. Notch has invented no new technology for this game. I’m not infringing his copyright or trademarks. He himself has said he’s happy for clones and remakes and mods and tools. Yet you see fit to berate me for doing what I love above all else, which is to make games. In your world, would you be happy with just 1 FPS game, and the devs of that game suing every other FPS game? I wouldn’t. What would make me happy is a hundred FPS games, each one designed for a different type of player, of personality.

In FortressCraft, there will be no creepers; and minecarts will work.

Home / Game News / What is FortressCraft for Xbox 360?