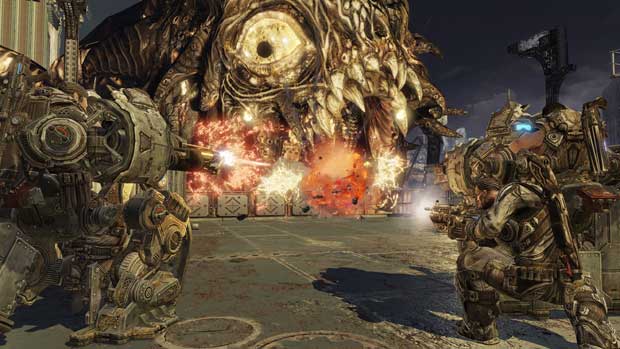 Gears of War 3 is going to have an campaign, this is a certainty. Gears has consistently gone big with its larger than life boss battles, fought by Marcus Fenix and his Delta Squadmates. But this time around, Cliff Bleszinski explained that Gears of War is going down a different path when it comes to telling its story. Explained by the developer, Gears of War 3 will use a narrative akin to Pulp Fiction. Those unfamiliar with the work of Quentin Tarantino, the story will be told from multiple viewpoints, with each member of the squad working together to accomplish bigger goals.

That was what Epic had to show at the Press Conference, but the demo continues from there. Utilizing the new approach to story telling in the game, when playing through the game, the player would then replay this exact scenario but instead of from the perspective of Marcus, you’ll be playing from the perspective of another part of the squad. You get more interaction with the colorful characters of Delta Squad with this new story telling technique.