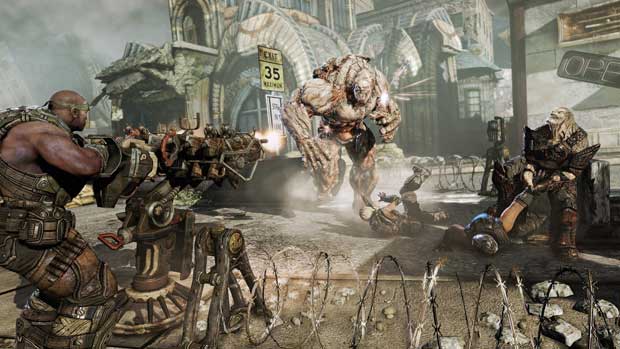 Gears of War 3 Pre-orders are ripping up the charts.  Could it have a little something to do with the beta code that is included if you pre-purchase the game?  Maybe.  But at this point the game has been pre-ordered around 450,000 units with around four and a half months to go before launch.  Our source indicates that this is a record setting pace for Epic’s sequel.  Putting these numbers next to other highly anticipated titles like Halo: Reach who had 103,000 pre-orders at this stage or Call of Duty: Black Ops which had 78,000 pre-orders, Gears of War 3 is outpacing two of the best selling week one games of all time.

The multiplayer beta for pre-orders just went live, and things seem to be running smooth as silk for Epic. The re-tuned matchmaking system makes finding games a breeze, and the game not only plays better than its predecessors, it looks better with a much deeper level of interaction in the levels.  Will a drought of Xbox 360 exclusives in 2011 propel Gears of War 3 to sell more than it ever has before?  It’s likely.

Rod Ferguson went on record recently to iterate that Gears of War is moving past just the core gamer and into pop culture status.  A feature that is found in other wildly successful franchises like Halo and Call of Duty.  With this increasing awareness from the general public and a game that delivers on all fronts, as judged by the exceptional beta, it looks like Gears of War 3 and Epic are setting themselves up for one hell of a 2011.