Gears of War 3 Will Always Be Exclusive to Xbox 360 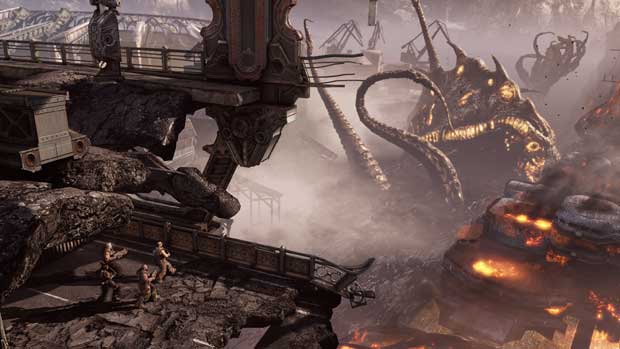 Gears of War 3 has zero chance of ever coming to the PlayStation 3, according to Cliff Bleszinski.  Just because Microsoft has continually let key franchises slip away from the console after exclusive periods of time *cough Mass Effect, don’t just assume that this will happen with the Gears of War franchise.  Gears is arguably the second most popular franchise on the Xbox 360 behind Halo, and Bleszinski has been adamate multiple times about Epic’s relationship with Microsoft.

His latest interview with Industry Gamers was no different:

“I would say in the foreseeable future there’s zero chances of Gears of War being on the PlayStation 3. Can we bury that now? Seriously. It’s like, we have a great deal with Microsoft, they’re a great partner…”

Personally I don’t think it has anything to do with Microsoft.  Cliff has a burning hatred for the PlayStation 3’s Dual Shock controller bringing up the fact that it has inadequate design for shooters at almost any chance he can, he also covered that as well.

“It’s one of those things that would be exciting news. Hopefully DualShock would get tweaked a little bit, but anyway, enough about that.”