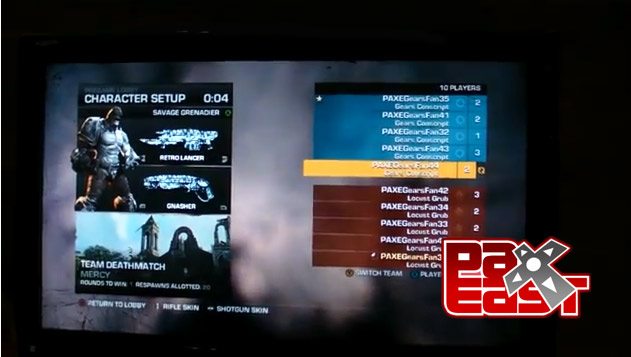 Gears of War 3 Multiplayer was on display at PAX East this weekend in Boston.  There, gamers got their first hands on with the multiplayer portion of the upcoming sequel.  This gameplay video reveals one of the new maps, weapons, and character models.  As well some reassurance that this is indeed the Gears of War that we all remember, know, and love.

The Gears of War 3 beta is scheduled to begin on Xbox Live in mid-April on April 18th.  Early access will be granted to gamers that purchased Epic’s latest releases, People Can Fly’s, Bulletstorm.  Exclusive early access to the beta will conclude one week later opening the flood gates for the Xbox Live general population to get hand on with the shooter.

The beta has been announced to have some cool unlockable items, and a handful of maps and game variations to test.  The beta will end on May 15th.