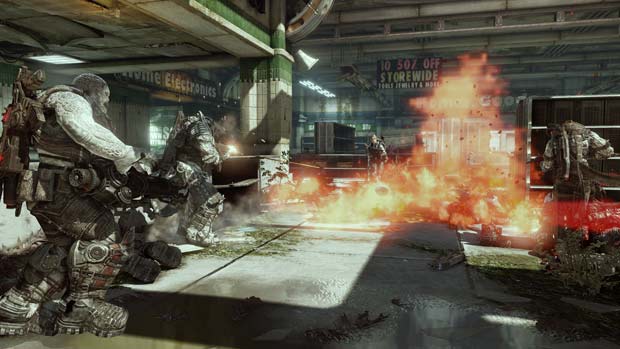 The Gears of War 3 Multiplayer Beta Test will be held in “mid April” according to Microsoft. The company just recently confirmed the previously announced April timeframe. The Microsoft February Games Showcase, which is being held in San Francisco births the news and almost nearly pinpoints the release date only a handful of dates in April.

Epic Games also released five new screenshots from the multiplayer beta and they are definitely something to get excited for, Gears fans. Showcase below, the beta is set to include three maps, with a third being added after fans decide which they want. Alongside the three maps, the beta will also include three modes of play: Team Deathmatch, King of the Hill, and Capture the Leader.