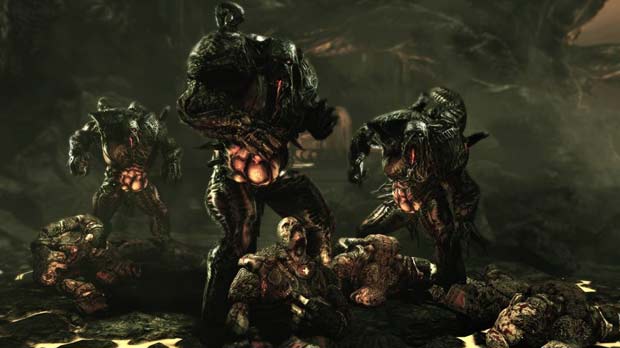 Today Microsoft gave an official release date for the extremely anticipated Gears of War 3. September 20th, 2011 will be the day Gears of War 3 will launch worldwide exclusively for the Xbox 360.

Gears of War 3 marks the conclusion of the epic third person shooter trilogy and will hopefully cap off the story with a bang. The story will be set about eighteen months after Gears of War 2. The three boys, Marcus, Baird, and Dom, will be back to fight off the locust threat for their final fight.

Don’t forget to mark your calendars! September 20th will be a big day for Gears fans.