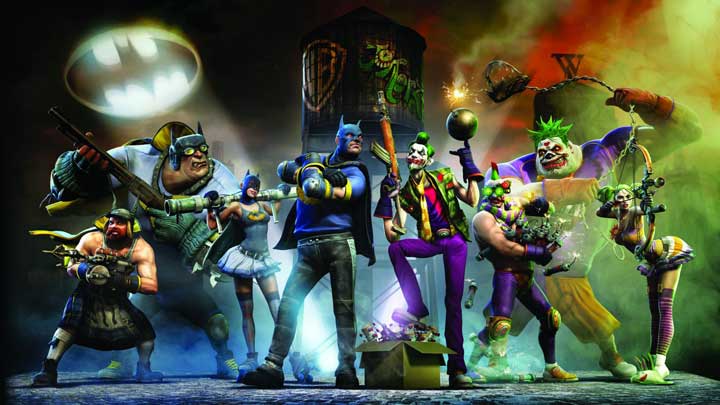 The oft-delayed Batman off-shoot, Gotham City Imposters, has finally arrived on XBLA, PlayStation Store, and Steam.  The downloadable only, first person shooter pits 12 players against each other in all out war across Gotham.  The two faction vying for control are  “The Batz” and “The Jokerz” each who try to emulate comic book characters in their own way.

A 6 vs. 6 first person shooter, Gotham City Impostors is a multiplayer game unlike any other, giving players the opportunity to rebel against conformity as they customize their own characters. Posing as amateur vigilantes or villains, gamers create their own Bats and The Jokerz characters using unprecedented customization options including insane costumes, homebrewed gadgets and a wide range of traditional and imagined weapons.

At launch Gotham City Imposters features five multiplayer maps and four game modes.  Interestingly enough, the game also features a single player element which allows you to familiarize yourself with the maps, and the weapons/gadgets at your disposal.

Gotham City Imposters is available now for $15 as a downloadable only title.