The First Thing You’ll Do in Grand Theft Auto V 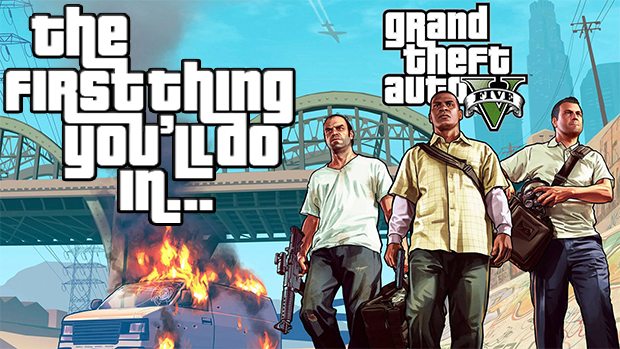 Over the past year or two, us GTA diehards have been absolutely swimming in Grand Theft Auto V screenshots, gameplay trailers, press previews, interviews, official artworks, pre-order incentives, game guides and of course, rumours. We’ve seen more of the game in that time than maybe we would’ve initially wanted (the delay is to thank for that) and you’d think that there’s no big surprises to be had when we finally pick up that controller, and dive deep into the world that Rockstar are giving us. Well, I wouldn’t bet on it. From the aforementioned things we’ve seen, it’s clear as day that Grand Theft Auto V is bigger than we ever imagined. The Grand Theft Auto Online reveal only solidified that, but it’d be stupid to think that they’d show us everything.

The online side of GTA V is not what I want you to focus on right now though. In single player, the world is still insanely detailed and full of fun. Whether it be jet-skis, huge monster truck type pick-ups, hiking, seeing Michael, Franklin and Trevor’s lives play out day-to-day or just ‘flipping the bird’ to an old lady for no reason whatsoever, there’s an absolute ton of stuff to get through. The time you put into the game’s story (and where it’ll take you) will obviously tick off a few of those desires, but what is the one thing that you can’t wait to do? The First Thing You’ll Do in Grand Theft Auto V.

[Before you comment with your answer, you may want to just give yourself a little refresher by taking a look through our GTA V screenshot post, that way you can remind yourself of everything there is to do (that we know of)] 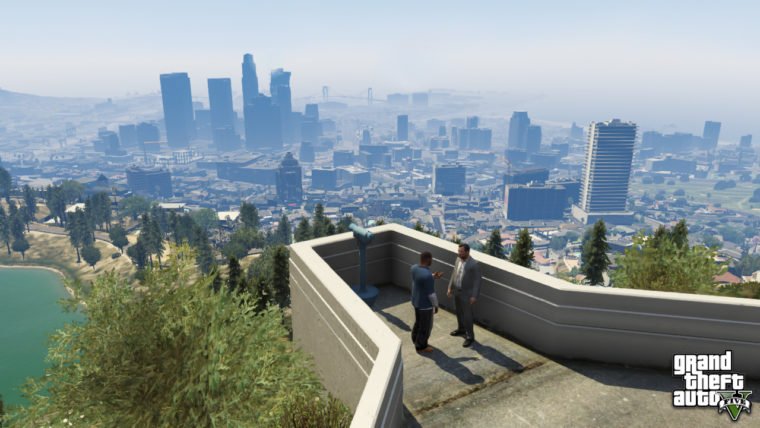 Now, some of us might be the mission-to-mission guy, the one that runs straight into the story and only focuses on an objective. Some may just completely ignore the missions for the best part of a week and just go AWOL. The city and it’s surroundings are yours to explore in whatever fashion you choose to do so.

You’ll watch a cutscene, play through a ‘welcome mission’ that you can’t get out of (that’s what I call them) then you’re dropped in front of a building, told how to sleep and park a car, then boom. You’re free to do whatever you want. What are your next steps. Most of us would steal a car if a road’s in front of us; as I’m guessing you did in GTA IV. So now I’m presuming you’re in a car and still Michael, the main guy – if not then I’ve got you covered later on in this post – and you see, let’s say, Del Perro pier over the horizon. An awful lot of pedestrians, an awful lot of blood! A murderous rampage is now what you’re planning. You plan to drive onto the pier and flatten anything that’s there. Your first course of action if you’re in a car is probably to run one or many people over; that’s just how GTA is let’s face it. But, wait. Isn’t that a little old school? All of these new features at the ready, set to blow you away and you revert back to your basic Grand Theft Auto instincts? Well, we may not have much choice right away. At the start things may be incredibly familiar. We’ve heard Rockstar say something along the lines of holding our hand, bringing us into the world and each new thing slowly so it’s not a shock to the system. There’s some reasonable ground for a slow and classic GTA start.

I need to slip a quick disclaimer in before I continue. I try to keep up to date on GTA V news but things can fall through the net. I may have missed out on the next piece. So, what about if you walk around for a bit as Michael, to get a feel for him and his lifestyle, then switch to Franklin? Well, I don’t even think that’d be possible from the start. 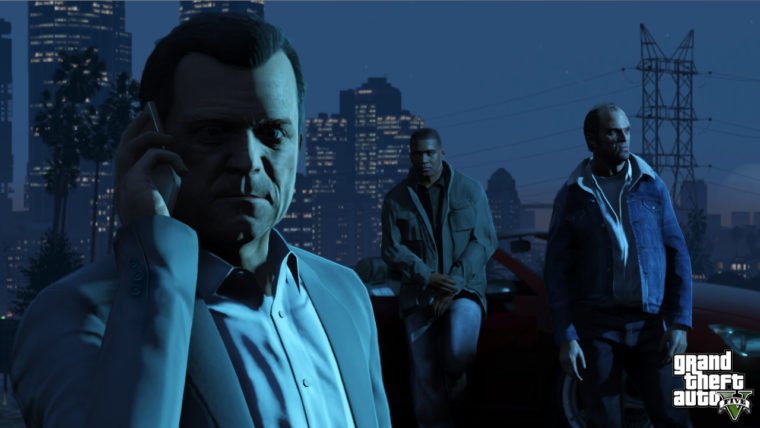 It’s not something that a lot of people have picked up on. In the second trailer, we saw Franklin asking Michael for directions. That was obviously the first time they’d met; the same with Michael introducing Trevor to Franklin. Would Rockstar allow you to switch to a character you haven’t met yet? I highly doubt it, but don’t quote me on that! If that is indeed the case though, no worries. Michael is able-bodied, no? I’m just speculating here but maybe this way of starting a game is why Rockstar opened the whole place up; it’s unlocked and free to explore from the very beginning. No, wait. That’s a silly thing to say.

Anyway, let’s go back. Instead of nicking a car or switching to Trevor/Franklin, you set off on foot the opposite way and look for some activities. You walk into Ammu-nation and try out some target practice to get a feel for how Michael’s special ability, slow motion shooting, works and to just generally get an idea of how the Max Payne 3-esque shooting (even cover) mechanic works. You could just go and buy a gun (don’t forget, Michael is sitting on a FIB paycheck), find a streetwalker and shoot her in the face, but that’d be another form of murderous rampage, and we’ve already been down that path.

After shooting practice is over, you leave Ammu-nation and bump into a random character outside. Let’s say that this guy desperately needs a gun and will pay you to get him one. This will be probably your first chance at EARNING money if you don’t go and start a mission, of course. This kind of “random encounter” could actually be something you might see in Grand Theft Auto V. It could be triggered after you finish shooting up targets – simply rob the place. An introductory mini-heist. Quite fitting. This kind of objective will also give you the first opportunity to work out a plan and style to how you’re going to approach the place. It’s all just another way to start the GTA V experience.

I’m the kinda guy that will avoid all objectives and explore a little to get a feel for my surroundings and how things such as driving work. I’m a huge fan of how driving is in GTA IV. One of my worries is how that aspect feels so I expect to find a car as soon as I can, and just drive around for a while. While I’m driving around, another thing that’s high on my list is to check out some of the radio stations. GTA IV vanilla had a poor, poor soundtrack and while it’s final DLC, The Ballad of Gay Tony, had a brilliant host in the form of DJ Paul on Vladivostock, it was a far cry from KCHAT’s Amy and her mad guests. So that’s two things I’d imagine myself checking out as soon as I can, but after that I have no idea whatsoever. Mount Chiliad I’m sure is a massive hub of fun activities then there’s refined mini-games such as golf and tennis; I haven’t even touched on underwater exploration.

There’s just so much to do. Two weeks separates the single player from the multiplayer release but is that enough? I don’t think we’ll come close to the tip of the iceberg.

Let me know in the comments what The First Thing You’ll Do in Grand Theft Auto V will be. I’d love to hear what people have in mind.